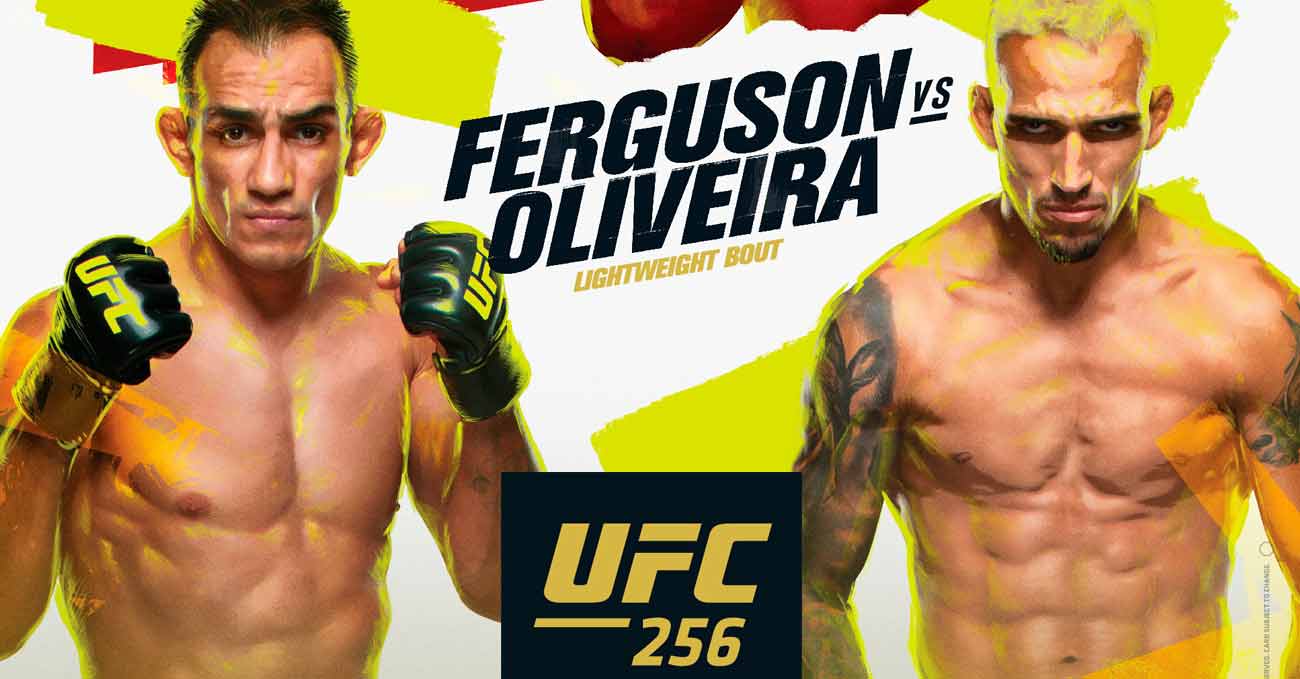 Review by AllTheBestFights.com: 2020-12-12, some good exchanges on the ground between Tony Ferguson and Charles Oliveira but it is not enough to get three stars: it gets two (take a look at our ranking of the best mma fights of 2020).
The black belt in 10th Planet Jiu-Jitsu (no-gi Bjj), Tuf 13 tournament winner and former interim Ufc Lw champion Tony Ferguson entered this fight with a professional record of 25-4-0 (80% finishing rate) and he is ranked as the No.3 lightweight in the world but he comes off the loss against current #1 Lw Justin Gaethje (since Khabib Nurmagomedov retired, Tony Ferguson vs Justin Gaethje). Before this bout, between 2018 and 2019, ‘El Cucuy’ Ferguson had beat Anthony Pettis (Tony Ferguson vs Anthony Pettis) and Donald Cerrone (Tony Ferguson vs Donald Cerrone). If you want to watch Ferguson’s best fights, we suggest a 4-stars fight of 2016, Tony Ferguson vs Landon Vannata, and two bouts that ranked in the top 10 Users’ Fight of the year 2015 and 2018, Tony Ferguson vs Edson Barboza and Tony Ferguson vs Anthony Pettis.
His opponent, the black belt in Brazilian jiu-jitsu Charles Oliveira, has a mma record of 29-8-0 (93% finishing rate) and he entered as the No.5 in the same weight class. ‘Do Bronx’ Oliveira was defeated by Paul Felder in 2017 (Charles Oliveira vs Paul Felder), but then he has won seven bouts beating Jared Gordon (Charles Oliveira vs Jared Gordon) and Kevin Lee in his last two (Kevin Lee vs Charles Oliveira). Oliveira vs Ferguson is on the undercard of Deiveson Figueiredo vs Brandon Moreno – UFC 256. Watch the video and rate this fight!

We are sorry, but since we have been contacted by “UFC – Zuffa”, we post only the Ferguson Oliveira highlights or amateur videos (as soon as we find it). If you have seen the full fight video you can rate it. THANKS!