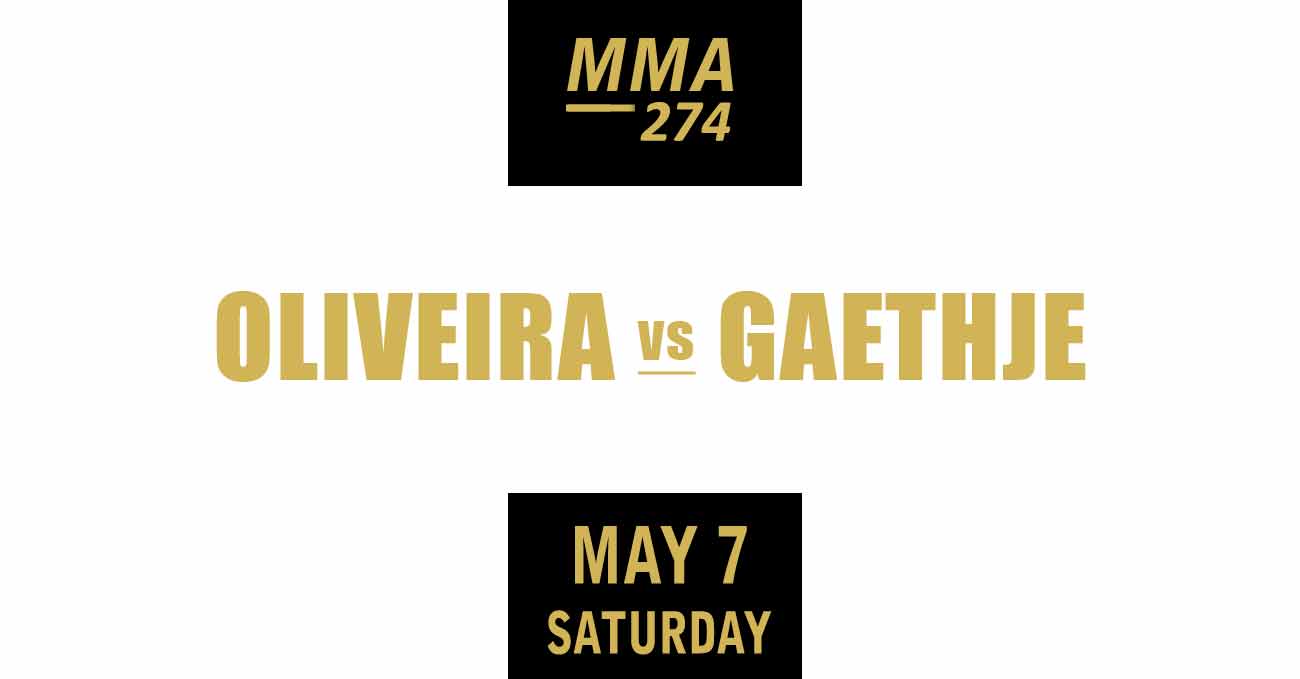 Review by AllTheBestFights.com: 2022-05-07, great back and forth match: Charles Oliveira vs Justin Gaethje is one of the best mma fights of the year 2022 and it gets four stars!
Gaethje vs Oliveira is the main event of UFC 274, it was valid for the UFC lightweight title (Oliveira’s second defense) but the Brazilian weighed in half a pound over the limit so the belt is eligible just for the American. Watch the video and rate this fight!

His opponent, the former Wsof Lw and former interim Ufc Lw champion Justin Gaethje, has a mma record of 23-3-0 (87% finishing rate) and he entered as the No.2 in the lightweight division.
He lost to former #1 Lw Ufc champ Khabib Nurmagomedov in 2020 (Khabib Nurmagomedov vs Justin Gaethje) but then he came back to win with Michael Chandler in 2021 (mma Fight of the Year 2021, Justin Gaethje vs Michael Chandler).
Among the best fights of Gaethje we suggest these, all ranked in the top 10 Users’ mma Fights of the Year in 2015 and 2017: