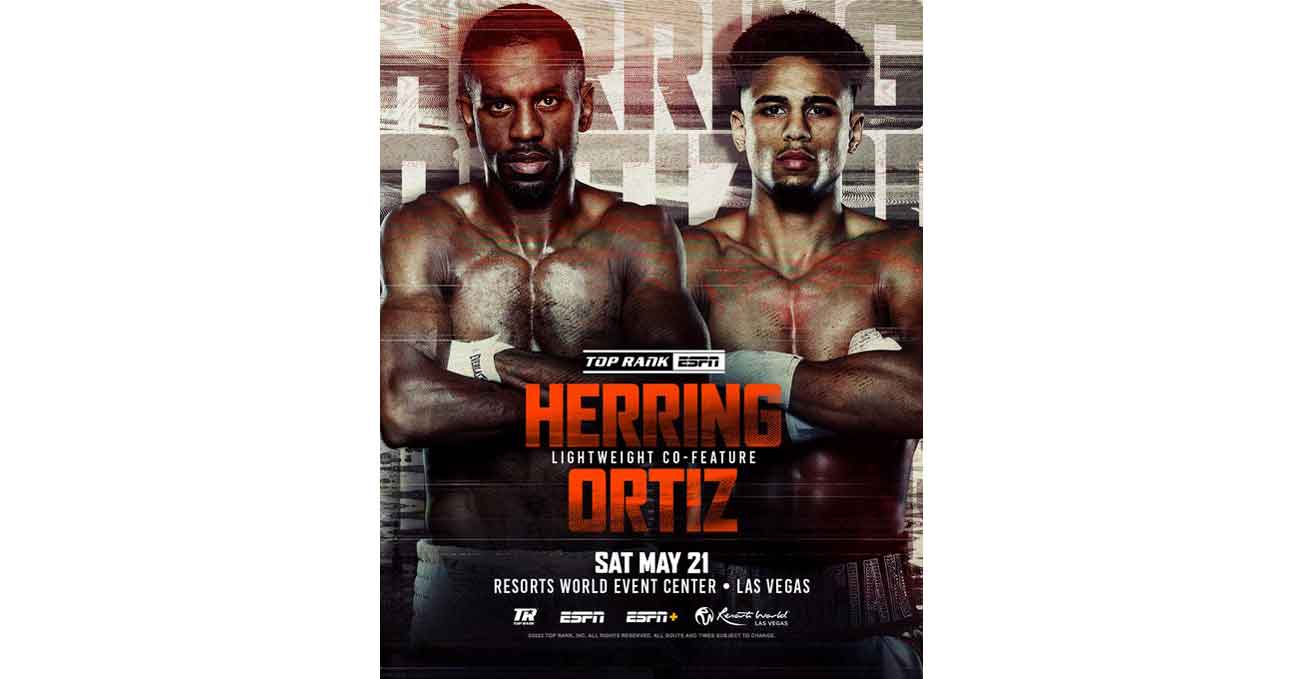 Review by AllTheBestFights.com: 2022-05-21, boxing fight not so exciting: Jamel Herring vs Jamaine Ortiz gets two stars (take a look at our ranking of the Best Boxing Fights of 2022).
Ortiz vs Herring is on the undercard of Zhanibek Alimkhanuly vs Danny Dignum. Watch the video and rate this fight!

His opponent, the undefeated Jamaine Ortiz, has a boxing record of 15-0-1 (8 knockouts) and he entered as the No.33 in the lightweight division.
In his last three matches he has beat Sulaiman Segawa, has tied with Joseph Adorno and has defeated Nahir Albright.