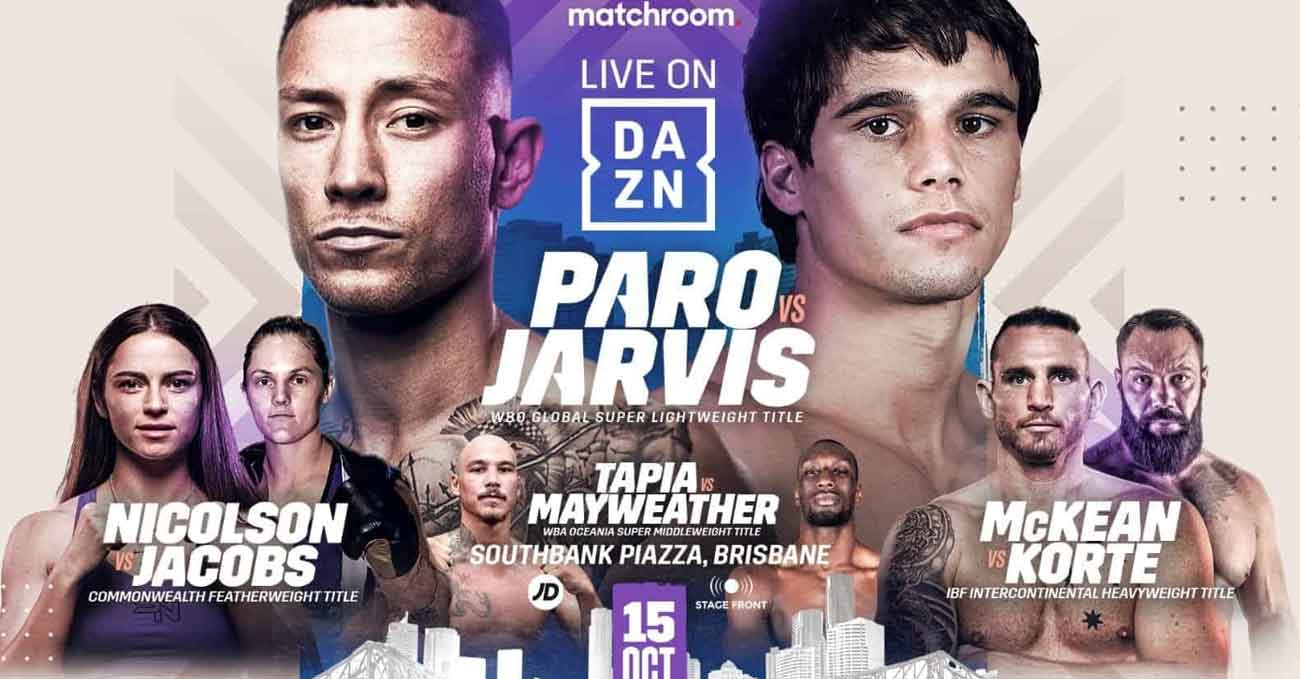 Review by AllTheBestFights.com: 2022-10-15, the boxing match Liam Paro vs Brock Jarvis gets three stars only thanks to a good finish (take a look at our ranking of the Best Boxing Fights of 2022).
Jarvis vs Paro is scheduled to take place Saturday, October 15th, at the South Bank Piazza in South Brisbane (Australia), in a 12-round light welterweight (140 lbs, 63.5 kg) bout; it is the main event of the evening and it is valid for the WBO Global super-lightweight title. Watch the video and rate this fight!

The undefeated Liam Paro entered this fight with a perfect record of 22-0-0 (13 knockouts) and he is ranked as the No.26 light welterweight in the world.
In his last three bouts he has won over Terry Tzouramanis, Steve Gago and Yomar Alamo.

His opponent, the undefeaed Brock Jarvis, has a boxing record of 20-0-0 (18 KOs=90%) and he entered as the No.128 in the light welterweight division.
In his last three fights he has beat Mark Schleibs, Nort Beauchamp and Alejandro Frias Rodriguez.