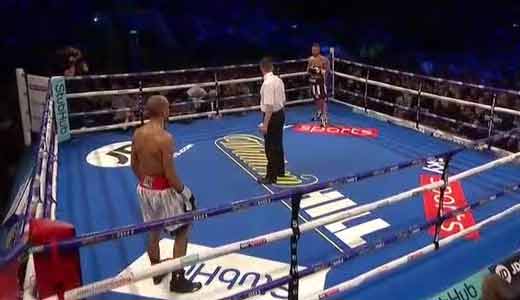 Review by AllTheBestFights.com: 2018-10-13, close and excitng fight thanks to an amazing performance by both boxers from the first bell: Lewis Ritson vs Francesco Patera is one of the best boxing fights of 2018 and it gets four stars!

The undefeated Lewis Ritson entered this fight with a perfect record of 17-0-0 (11 knockouts) and he is ranked as the No.13 lightweight in the world. He has already fought four times in 2018 winning over Joe Murray, Scott Cardle (Lewis Ritson vs Scott Cardle), Paul Hyland Jnr (Lewis Ritson vs Paul Hyland Jnr) and Oscar Amadro.
His opponent, Francesco Patera, has a boxing record of 19-3-0 (7 knockouts) and he entered as the No.56 in the same weight class. He faced Edis Tatli twice in 2017 winning the first bout but losing the second one; after this fight he has beat Ruben Gouveia. Ritson vs Patera is valid for the vacant EBU European lightweight title. Watch the video and rate this fight!