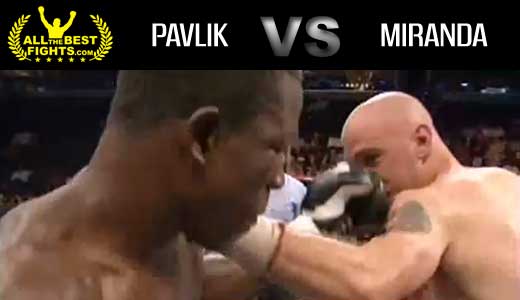 Review: 2007-05-19, when two explosive boxers with the habit of KO face each other, usually it comes a very nice fight, as happened between Kelly Pavlik and Edison Miranda (match valid for the WBC middleweight title eliminator). Pavlik (30-0-0) came from the nth victory by knockout (against Jose Luis Zertuche) and he had never lost in his career, while Miranda (28-1-0) suffered the first defeat against Arthur Abraham (one of the best fights of 2006), but he had just won the undefeated Allan Green. Watch the video!

Video:(This is a free embeddable highlights video hosted on Youtube and it was not uploaded by AllTheBestFights)