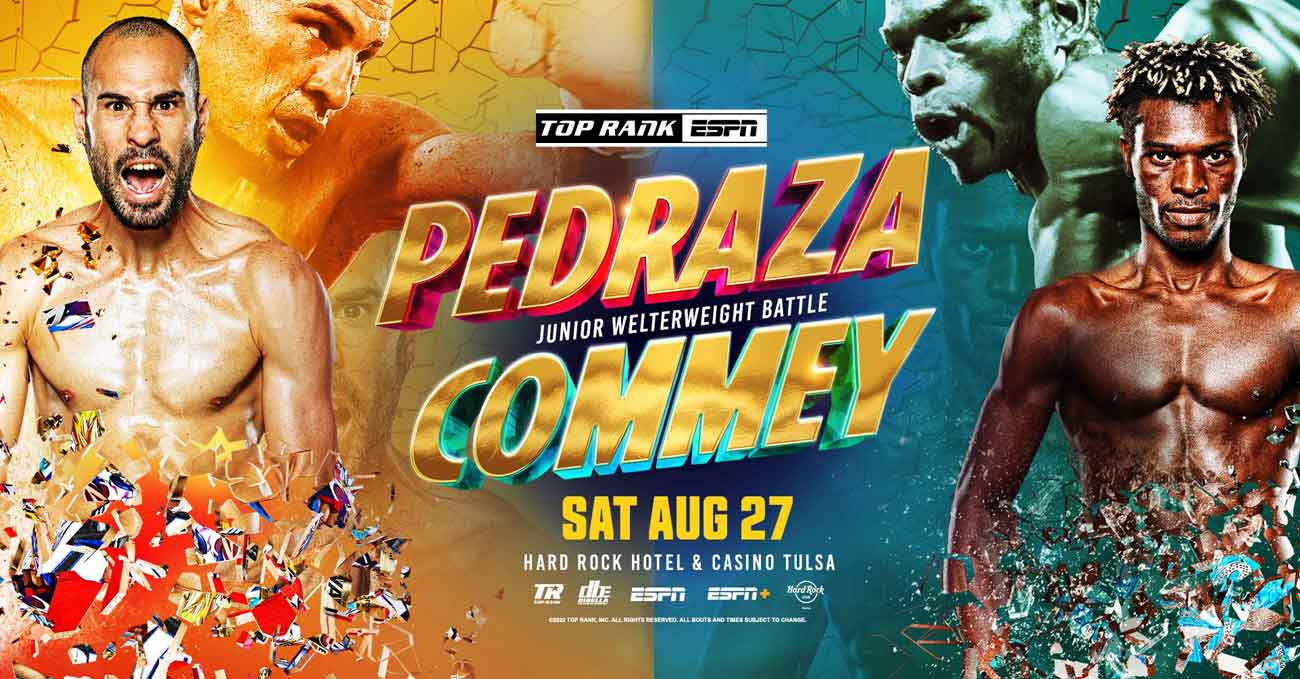 Review by AllTheBestFights.com: 2022-08-27, close fight with some nice exchanges: the boxing match Jose Pedraza vs Richard Commey gets three stars (take a look at our ranking of the Best Boxing Fights of 2022).
Commey vs Pedraza is scheduled to take place Saturday, August 27th, at the Hard Rock Hotel & Casino in Tulsa (Oklahoma, USA), in a 10-round light welterweight (140 lbs, 63.5 kg) bout; it is the main event of the evening. Watch the video and rate this fight!

Before the bout take place, you can watch the official press conference video, weigh-in or discover how to watch Pedraza vs Commey on tv, the fight time and the card.