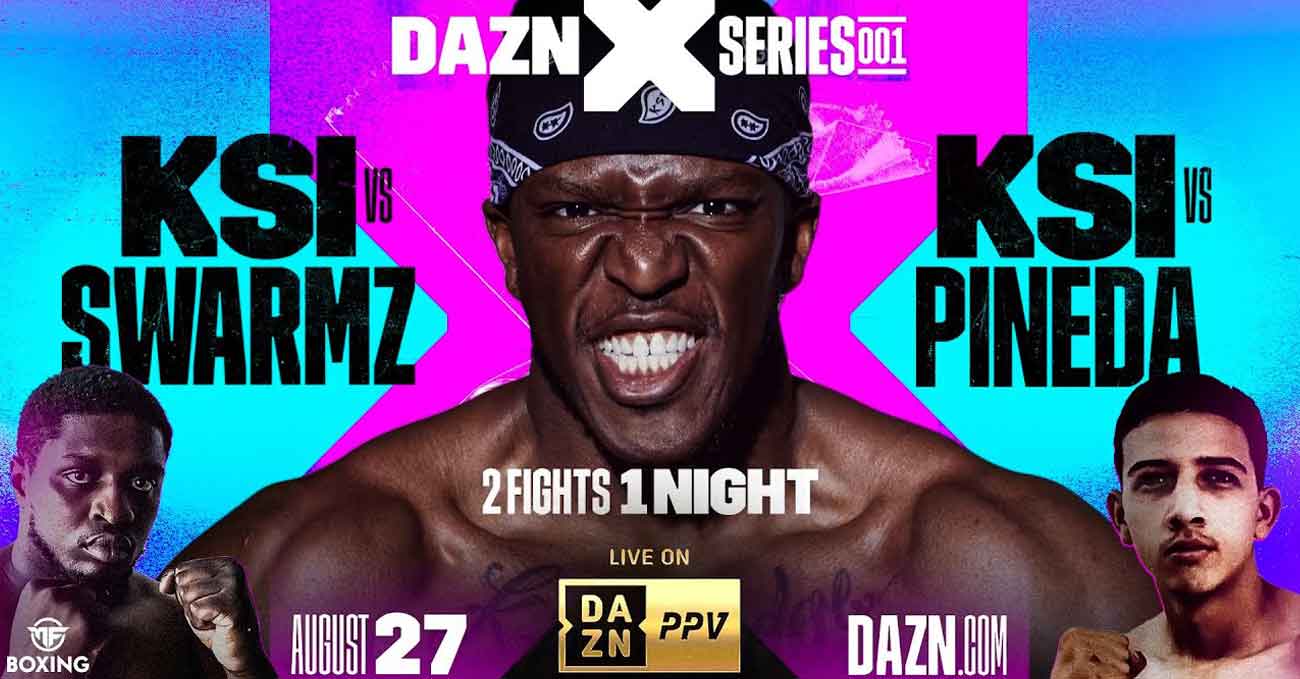 Review by AllTheBestFights.com: 2022-08-27, since both fights. KSI vs Swarmz and KSI vs Luis Alcaraz Pineda are not professional boxing bouts, we are not going to review/rate these two (take a look at our ranking of the Best Boxing Fights of 2022).
Swarmz vs KSI vs Pineda are scheduled to take place Saturday, August 27th, at the O2 Arena in London (England – UK), as two semi-professional crossover boxing fights of 3-round cruiserweight (200 lbs, 90.7 kg); it is the main event of ‘2 Fights 1 Night’. Watch the video and rate this fight!

Before the bout take place, you can watch the official press conference, weigh-in (on Friday) or discover how to watch ‘2 Fights 1 Night’ on tv, the fight time and the card.

KSI (real name Olajide William Olatunji) is a British YouTuber, internet personality and rapper known for his YouTube account under the name KSIOlajideBT. He entered this fight with a professional boxing record of 1-0-0 but he is not ranked as he hasn’t fought since 2019.
In his previous amateur boxing fights, both held in 2018, he beat Joe Weller and he tied with Logan Paul, while in his only pro boxing match, held in 2019 he faced against Logan Paul beating him via split decision (KSI vs Logan Paul 2).

KSI’s second opponent, Luis Alcaraz Pineda, has an official record of 2-5-0 (0 knockouts) and he entered as the No.1445 in the super-welterweight division.
The last time he won a fight was against Jose Adolfo Caro in 2017, since then he has lost four consecutive bouts: with Roland Jeffery Membreno, Josue Garcia, Adrian Torres Rodriguez and Marcos Rios Gonzalez.