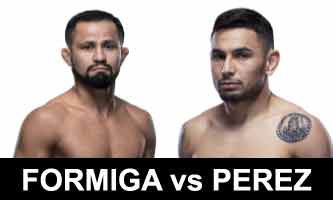 Review by AllTheBestFights.com: 2020-06-06, some good exchanges between Jussier Formiga da Silva and Alex Perez but it is not enough to get three stars: it gets two.