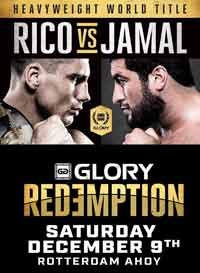 Review by AllTheBestFights.com: 2017-12-09, good finish between Petchpanomrung Kiatmookao and Zakaria Zouggary: it gets three stars.

The former WMC champion and top-ten ranked in the Lumpinee and Rajadamnern stadiums Petchpanomrung Kiatmookao entered this fight with a kickboxing record of 156-38-2 (25 knockouts) and he is ranked as the No.10 super lightweight in the world but he lost two out of his last three fights, against Robin van Roosmalen (=Roosmalen vs Petchpanomrung) and with Rambo PetchPTT; after this bout he has beat Xie Lei.
His opponent, Zakaria Zouggary, has an official record of 29-3-1 and he entered as the No.15 in the same weight class. In his last two bouts he has won over Yetkin Ozkul and Massaro Glunder. Petchpanomrung vs Zouggary is on the undercard of Rico Verhoeven vs Jamal Ben Saddik 2 – Glory Redemption. Watch the video and rate this fight!

(Free embeddable video hosted on QQ.com and not uploaded by AllTheBestFights)