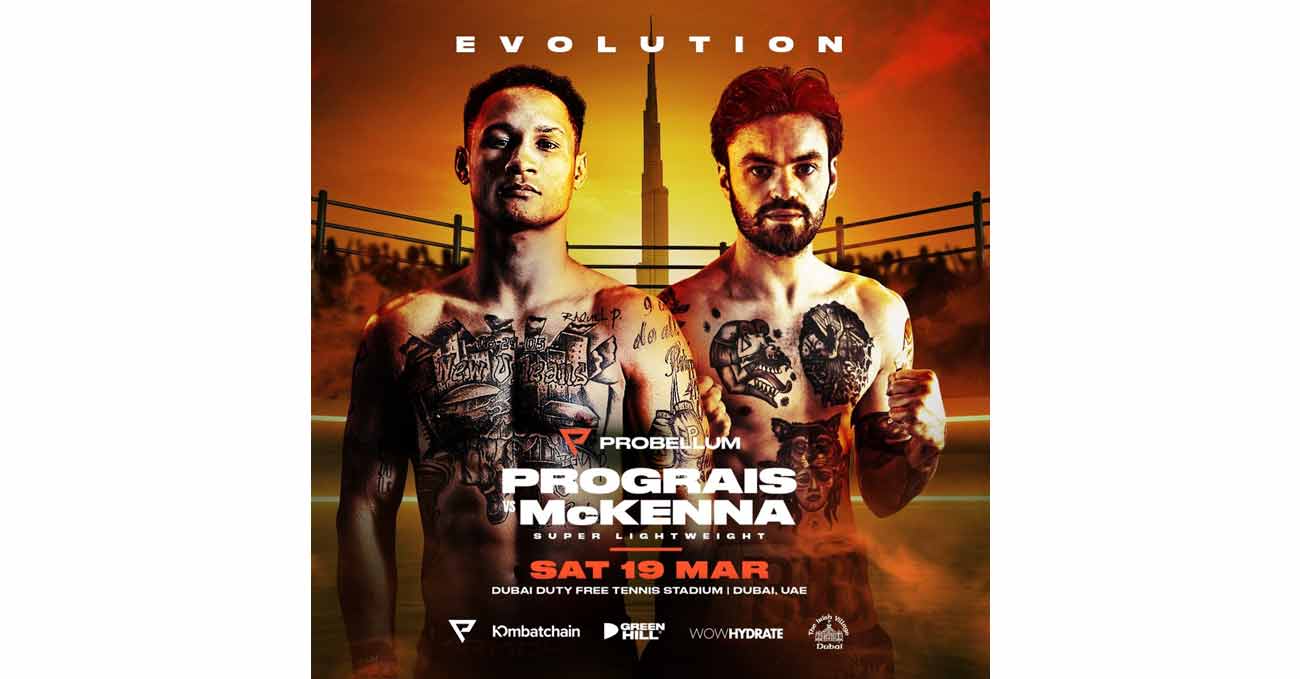 Review by AllTheBestFights.com: 2022-03-19, good boxing fight: Regis Prograis vs Tyrone McKenna gets three stars (take a look at our ranking of the Best Boxing Fights of 2022).
McKenna vs Prograis is on the undercard of Sunny Edwards vs Muhammad Waseem. Watch the video and rate this fight!

His opponent, Tyrone McKenna, has an official boxing record of 22-2-1 (6 knockouts) and he entered as the No.17 in the super lightweight division.
He lost to Ohara Davies in 2020 (via majority decision, Ohara Davies vs Tyrone McKenna) but then he came back to win with Jose Felix in 2021.