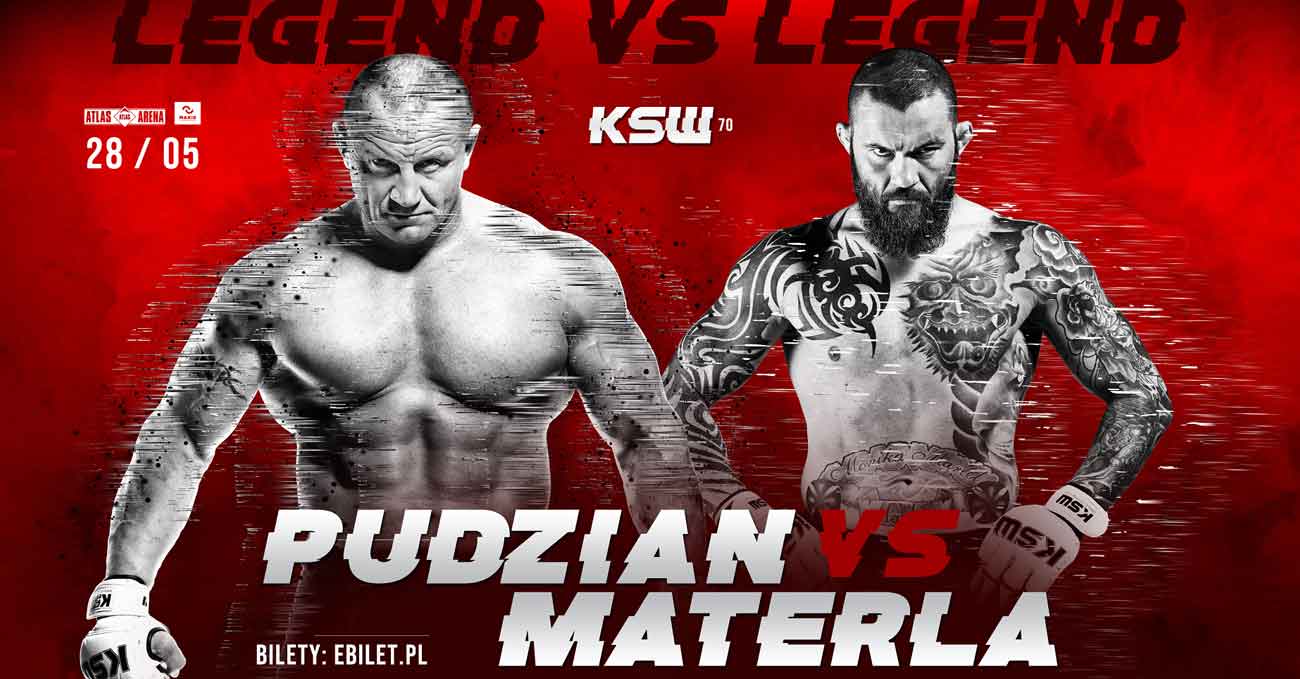 Review by AllTheBestFights.com: 2022-05-28, great finish, the mma fight Mariusz Pudzianowski vs Michal Materla is close to get four stars (take a look at our ranking of the Best Mma Fights of 2022).
Materla vs Pudzian is the main event of KSW 70. Watch the video and rate this fight!

His opponent, the former KSW Mw champion Michal Materla, has an official record of 31-8-0 (77% finishing rate) and he entered as the No.67 in the middleweight division.
He was defeated by Roberto Soldic in 2020 (Michal Materla vs Roberto Soldic) but then he has beat Moise Rimbon and Jason Radcliffe.