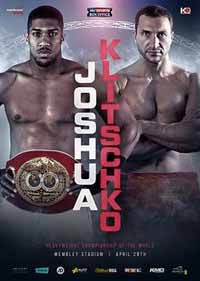 Review by AllTheBestFights.com: 2017-04-29, nice and tough fight between Scott Quigg and Viorel Simion: it gets three stars.

The former Wba super-Bw champion Scott Quigg entered this fight with a professional record of 32-1-2 (24 KOs=75%) and he is ranked as the No.4 featherweight in the world (currently the #1 in this division is Leo Santa Cruz). He fought twice last year losing to Carl Frampton (via split decision, Frampton vs Quigg) and beating Jose Cayetano (=Quigg vs Cayetano).
His opponent, Viorel Simion, has a boxing record of 21-1-0 (9 knockouts) and he entered as the No.31 in the same weight class. He suffered his only loss when he faced Lee Selby in 2013 (=Simion vs Selby), since then he has won five bouts defeating Alexander Miskirtchian and Andoni Gago in 2016. Scott Quigg vs Viorel Simion is on the undercard of Anthony Joshua vs Wladimir Klitschko. Watch the video and rate this fight!