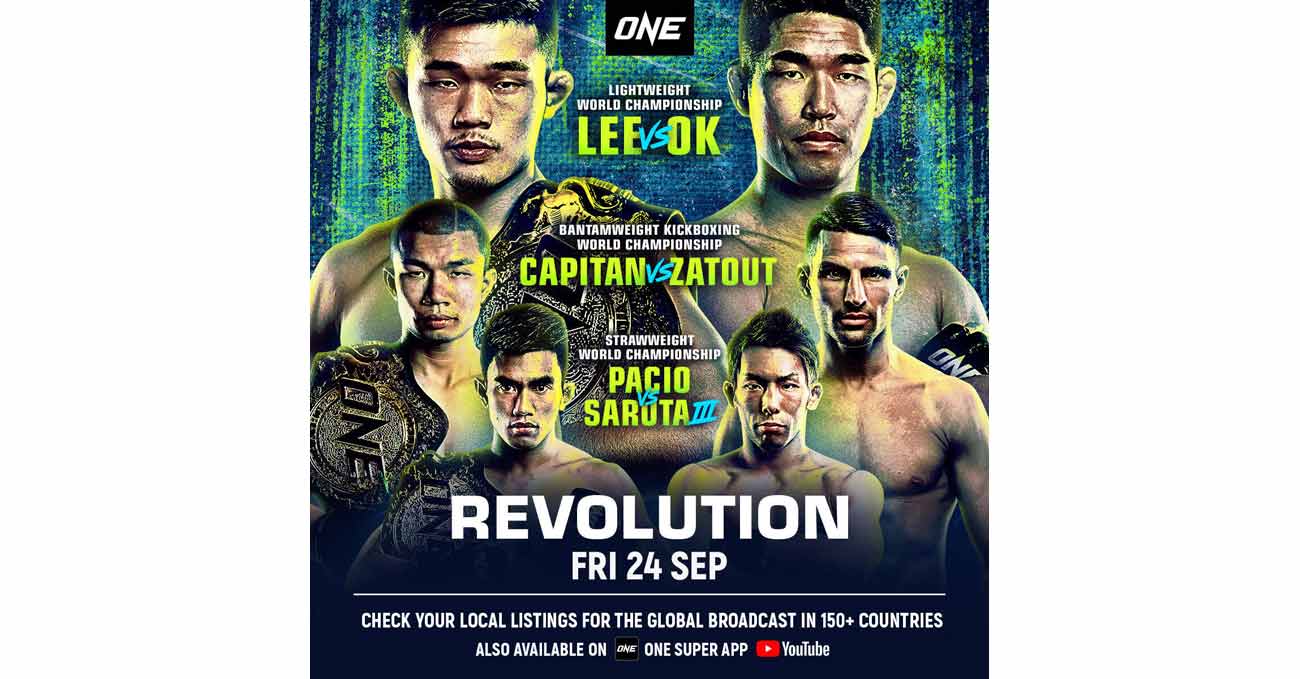 Review by AllTheBestFights.com: 2021-09-24, mma fight not particularly good: Christian Lee vs Rae Yoon Ok gets two stars (take a look at our ranking of the Best Mma Fights of 2021).
Ok vs Lee, main event of ONE Revolution, is valid for the ONE Lightweight title (Lee’s third defense). Watch the video and rate this fight!

The black belt in Bjj and current One Fc Lw champion Christian Lee entered this fight with a professional mma record of 15-3-0 (93% finishing rate) and he is ranked as the No.19 welterweight in the world.
He lost two consecutive matches in 2018, against Martin Nguyen and Edward Kelly, but then he has won six bouts beating Iuri Lapicus and Timofey Nastyukhin in his last two (Christian Lee vs Timofey Nastyukhin).

His opponent, Rae Yoon Ok, has an official record of 15-3-0 (33% finishing rate) and he entered as the No.46 in the welterweight division.
He was defeated by Tom Santos in 2019, but then he has won four bouts beating Marat Gafurov and Eddie Alvarez in 2021 (Eddie Alvarez vs Rae Yoon Ok).

Their next fight: Rae Yoon Ok vs Christian Lee 2