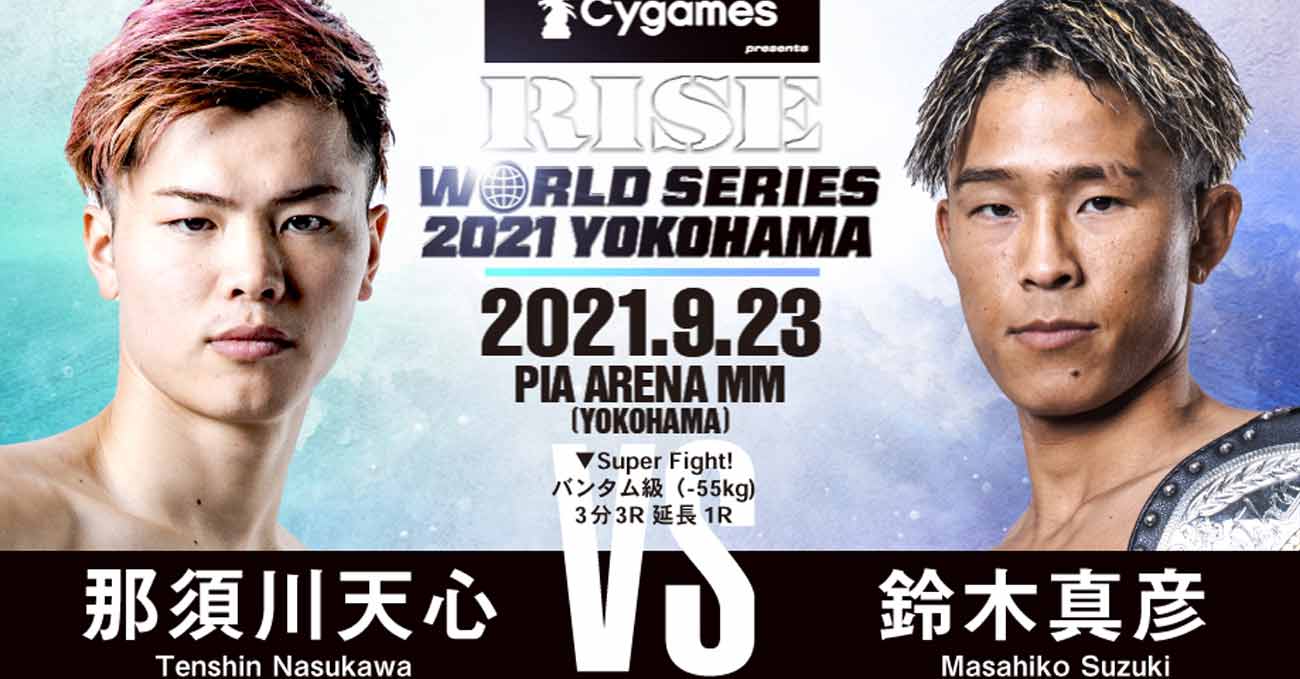 Review by AllTheBestFights.com: 2021-09-23, pretty good kickboxing fight: Tenshin Nasukawa vs Masahiko Suzuki 2 gets three stars (take a look at our ranking of the Best Kickboxing Fights of 2021).
In their first match Tenshin beat Suzuki via knockout in one round (August 1 2015); this second fight is the main event of RISE World Series 2021 Yokohama. Watch the video and rate this fight!

His opponent, the 2016 WBC Muay Thai Japan Bw champion Masahiko Suzuki, has an official record of 28-4-0 (17 knockouts) and he entered as the No.4 in the featherweight division.
He lost to Shiro Matsumoto last year but then he has beat Soma Tameda (4-stars fight, Masahiko Suzuki vs Soma Tameda) and Tepparith Joe Gym.