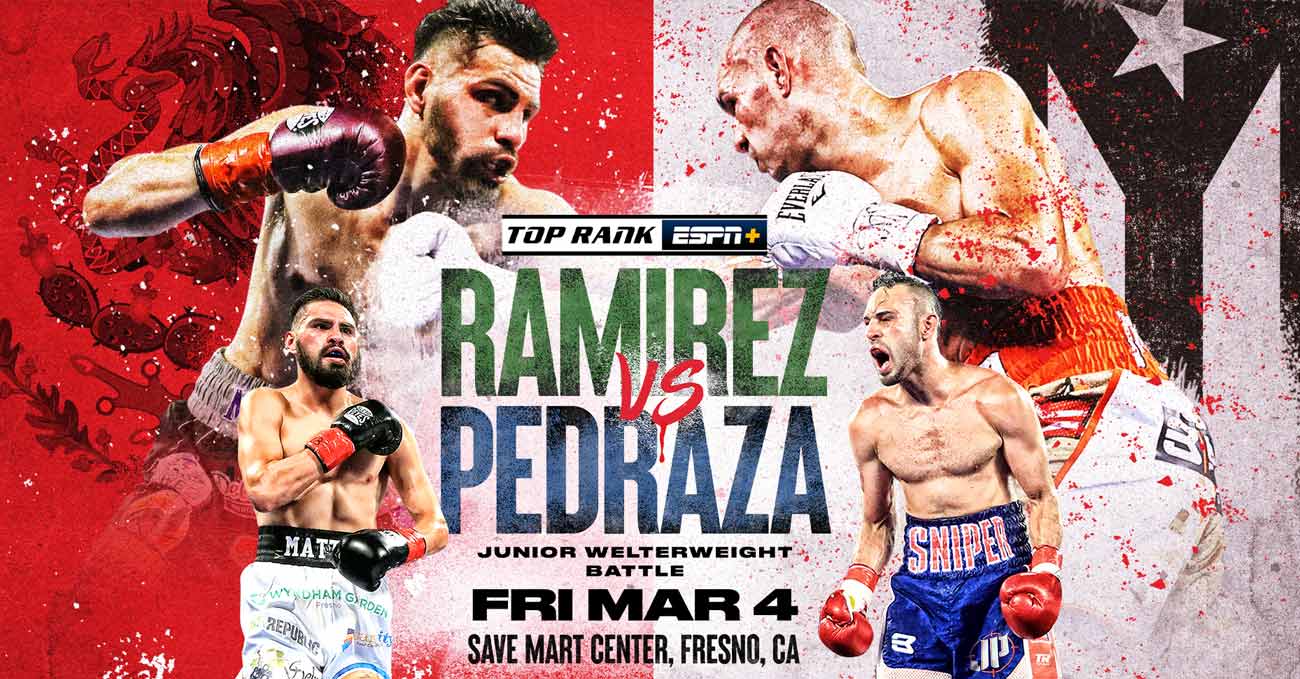 Review by AllTheBestFights.com: 2022-03-04, good boxing fight: Jose Ramirez vs Jose Pedraza gets three stars (take a look at our ranking of the Best Boxing Fights of 2022).
Pedraza vs Ramirez is the main event of the evening. Watch the video and rate this fight!

The former Olympian, former Wbc and Wbo light-Ww champion Jose Ramirez entered this fight with a professional boxing record of 26-1-0 (17 knockouts) and he is ranked as the No.3 super lightweight in the world.
In his last three bouts he has beat Maurice Hooker (4-stars fight, Maurice Hooker vs Jose Ramirez) and Viktor Postol (Jose Carlos Ramirez vs Viktor Postol) but then he suffered his first loss against current #1 super-Lw Josh Taylor (4-stars match, Josh Taylor vs Jose Ramirez).
Among the best fights of Ramirez we also suggest another four stars bout, but of 2018: Jose Ramirez vs Antonio Orozco.