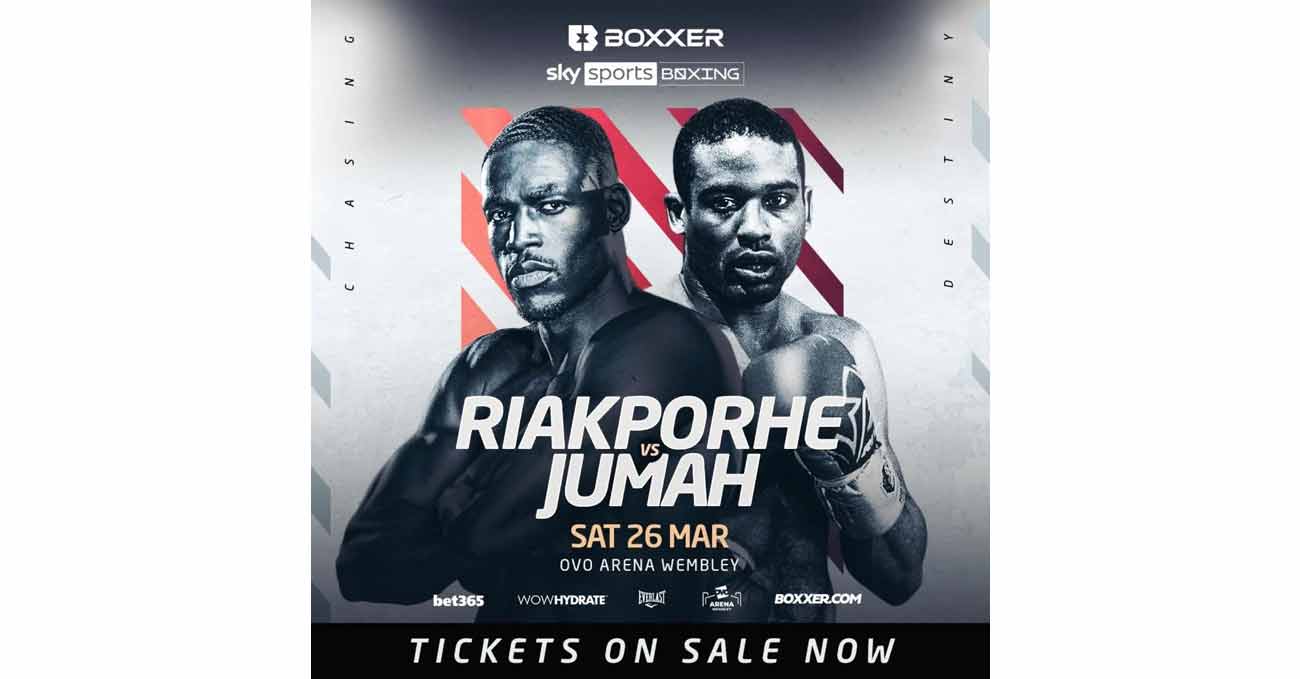 Review by AllTheBestFights.com: 2022-03-26, boxing fight not particularly good: Richard Riakporhe vs Deion Jumah gets two stars.
Jumah vs Riakporhe is the main event of the evening. Watch the video and rate this fight!

His opponent, the undefeated Deion Jumah, has an official record of 14-0-0 (7 knockouts) and he entered as the No.62 in the cruiserweight division.
In his previous three matches he has beat Wadi Camacho, Sam Hyde and Willbeforce Shihepo.