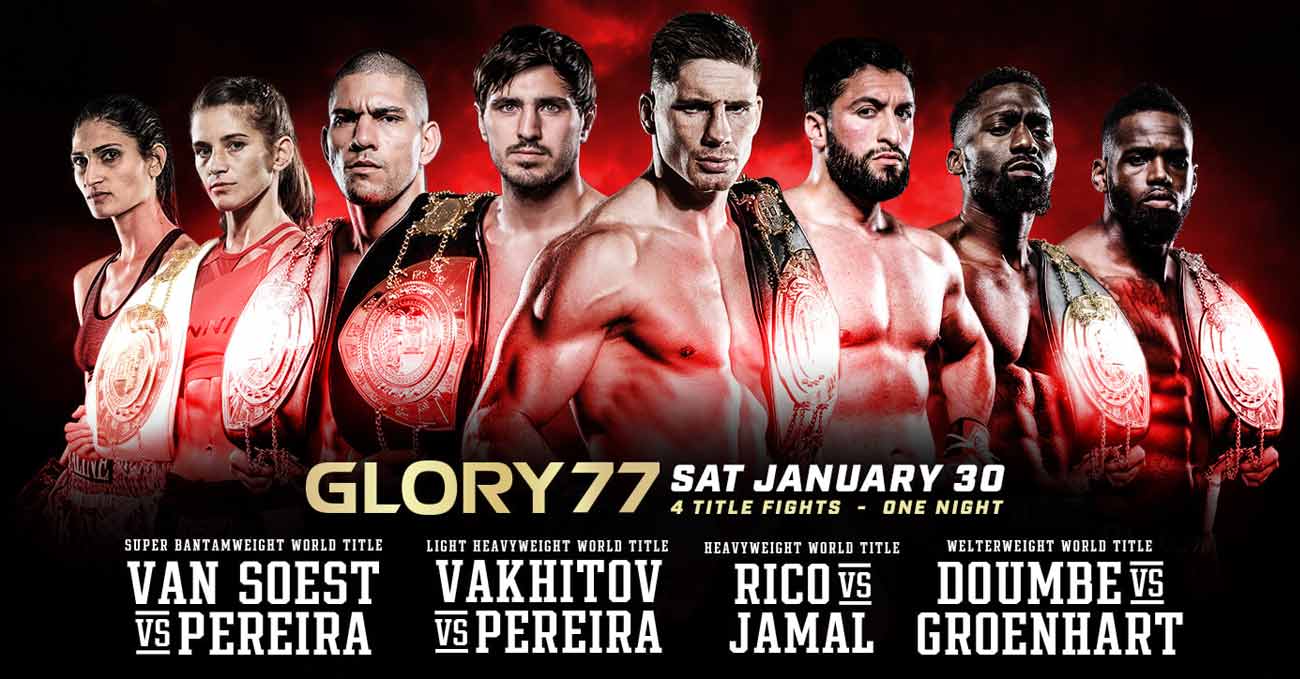 Review by AllTheBestFights.com: 2021-01-30, some good exchanges but it is not enough to get three stars: the kickboxing fight Rico Verhoeven vs Hesdy Gerges 3 gets two stars.
The Glory Hw champion Rico Verhoeven entered this fight with a professional record of 56-10-0 (17 knockouts) and he is ranked as the No.1 heavyweight in the world. He lost to Andrei Herasimchuk in 2015 (Verhoeven vs Herasimchuk) but then he has won 12 consecutive fights beating Badr Hari in his last one (bout ranked in the top 10 Users’ kickboxing Fights of the Year 2019, Rico Verhoeven vs Badr Hari 2). If you want to watch one of Rico’s best fights, we suggest Daniel Ghita vs Rico Verhoeven, match rated with four stars and also ranked in the top 10 Users’ kickboxing Fights of the Year of 2013.
His opponent, Hesdy Gerges, has a kickboxing record of 51-19-1 (24 knockouts) but he lost five out of his last eight fights. His last loss was against Mladen Brestovac in 2017, after this bout he faced Badr Hari, but it ended in a no contest (since both fighters tested positive for performance-enhancing drugs, Badr Hari vs Hesdy Gerges 2), and he beat Mohamed El Bouchaibi in 2020. In their previous two matches Rico defeated Gerges via split and unanimous decision, in 2011 and 2012 (Hesdy Gerges vs Rico Verhoeven 2). This third fight is the semi-final of the 2021 Glory heavyweight tournament and it is on the undercard of Artem Vakhitov vs Alex Pereira – Glory 77. Watch the video and rate this fight!