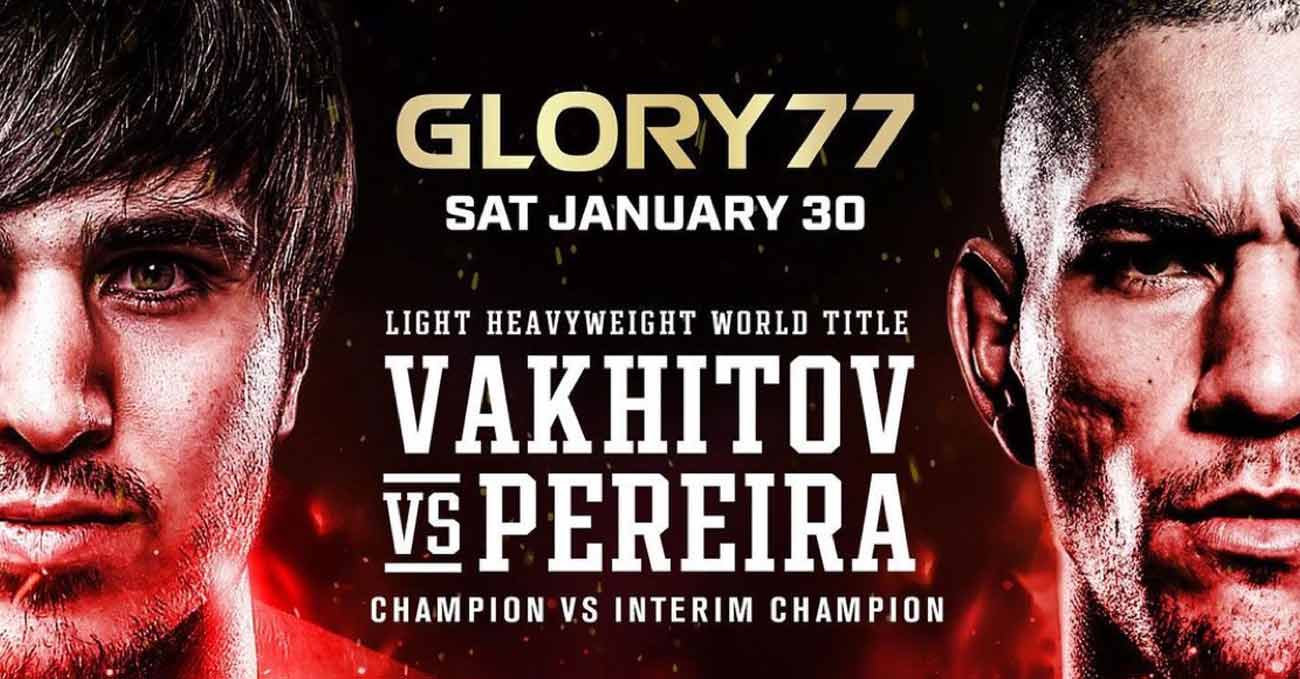 Review by AllTheBestFights.com: 2021-01-30, great performance by both fighters: the kickboxing fight Artem Vakhitov vs Alex Pereira gets three stars.
The former WMC muay thai and current Glory light-Hw champion Artem Vakhitov entered this fight with a professional kickboxing record of 21-5-0 (8 knockouts) and he is ranked as the No.1 super cruiserweight in the world. He lost to Saulo Cavalari in their first fight in 2015 (via split decision) but then he has won eight consecutive matches taking revenge on Cavalari, in 2016 and in 2017 (Cavalari vs Vakhitov 2 and Vakhitov vs Cavalari 3), and beating Donegi Abena in his last bout (Artem Vakhitov vs Donegi Abena). If you want to watch one of Vakhitov’s best fights, we suggest Artem Vakhitov vs Danyo Ilunga 2, match that took second place in the top 10 Users’ kickboxing Fights of the Year 2018.
His opponent, the current Glory Mw and former Wako world champ Alex Pereira, has an official record of 41-6-0 (30 knockouts) and he entered as the No.1 cruiserweight. He lost to Yousri Belgaroui in 2017, but then he has won eight matches taking revenge on Belgaroui twice and defeating Donegi Abena (bout ranked in the top 10 Users’ kickboxing Fights of the Year 2019, Alex Pereira vs Donegi Abena) and Ertugrul Bayrak in his last two (Alex Pereira vs Ertugrul Bayrak). Pereira vs Vakhitov, main event of the Glory 77, is valid for the Glory light heavyweight title (Vakhitov’s sixth defense). Watch the video and rate this fight!

Their next fight: Alex Pereira vs Artem Vakhitov 2