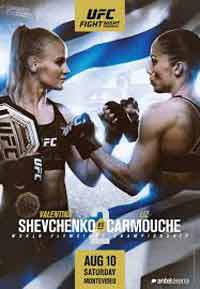 Review by AllTheBestFights.com: 2019-08-10, pretty good finish between Rodolfo Vieira and Oskar Piechota but it is not enough to get three stars: it gets two.

The undefeated black belt and former ADCC, Brazilian jiu jitsu world champion (four times) Rodolfo Vieira entered this fight with a mma record of 5-0-0 (100% finishing rate) and he is ranked as the No.138 middleweight in the world. In his last three fights he has won over Alexander Neufang, Jacob Holyman-Tague and Vitaliy Nemchinov.
His opponent, the black belt in Bjj Oskar Piechota, has an official record of 11-1-1 (91% finishing rate) and he entered as the No.79 in the same weight class. He fought twice last year beating Tim Williams and losing to Gerald Meerschaert. Vieira vs Piechota is on the undercard of Valentina Shevchenko vs Liz Carmouche 2 – UFC Fight Night 156 (UFC on ESPN+ 14). Watch the video and rate this fight!