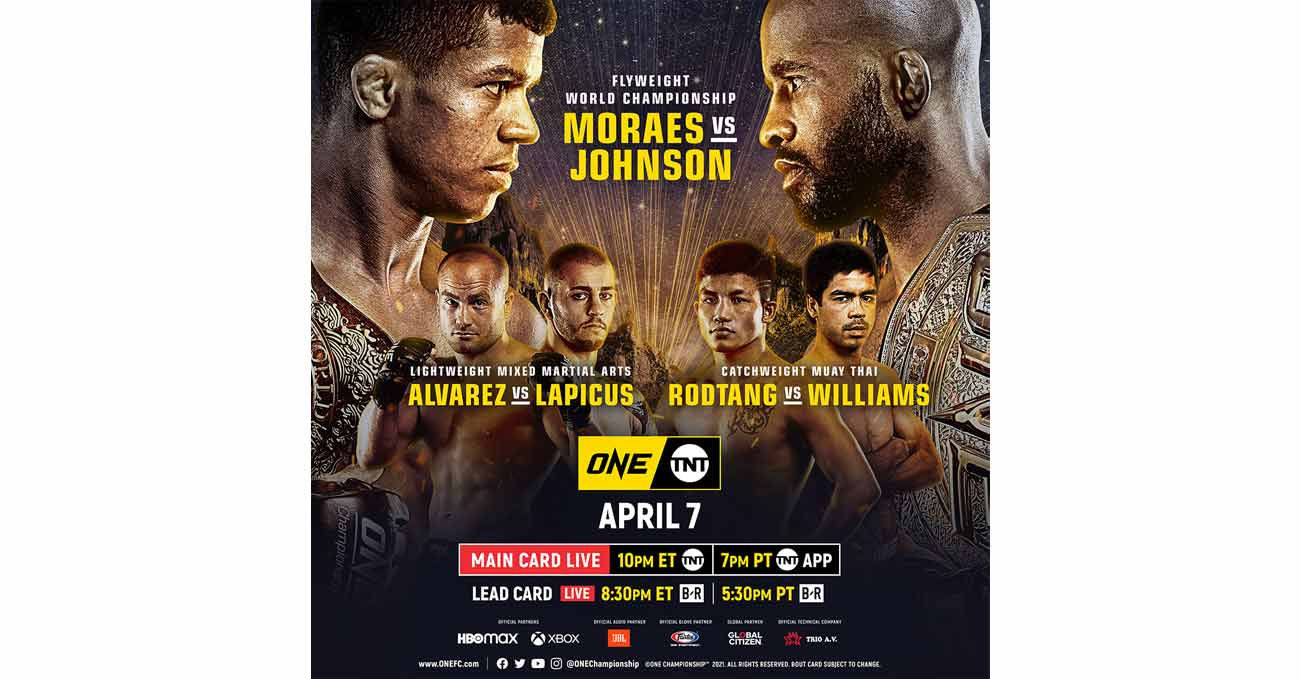 Review by AllTheBestFights.com: 2021-04-07, nice and tough kickboxing fight: Rodtang Jitmuangnon vs Danial Williams gets three stars.
Williams vs Rodtang is on the undercard of Adriano Moraes vs Demetrious Johnson – ONE on TNT 1. Watch the video and rate this fight!

The former Omnoi Stadium and current ONE Muay Thai Flw champion Rodtang Jitmuangnon entered this fight with a professional kickboxing record of 266-45-10 and he is ranked as the No.2 lightweight in the world.
He lost to Kaonar P.K.SaenchaiMuaythaiGym last year in February but then he has won over Petchdam Petchyindee (Rodtang Jitmuangnon vs Petchdam Petchyindee 3), he took revenge on Kaonar and he has also beat Yodkhuntap and Tagir Khalilov.

His opponent, the former Wmc Flw muay thai champion Danial Williams (who replaces Jacob Smith), has an official record of 24-7-0.
In the last years he has been fighting in mma bouts with a record of 3-1-0. He lost to Paul Loga in 2018 but then he has won over Chris Wase and Jake Hearl.

Selection of the best videos about the fight Rodtang Jitmuangnon vs Danial Williams. If you have seen the full fight you can rate it at the bottom of this post.