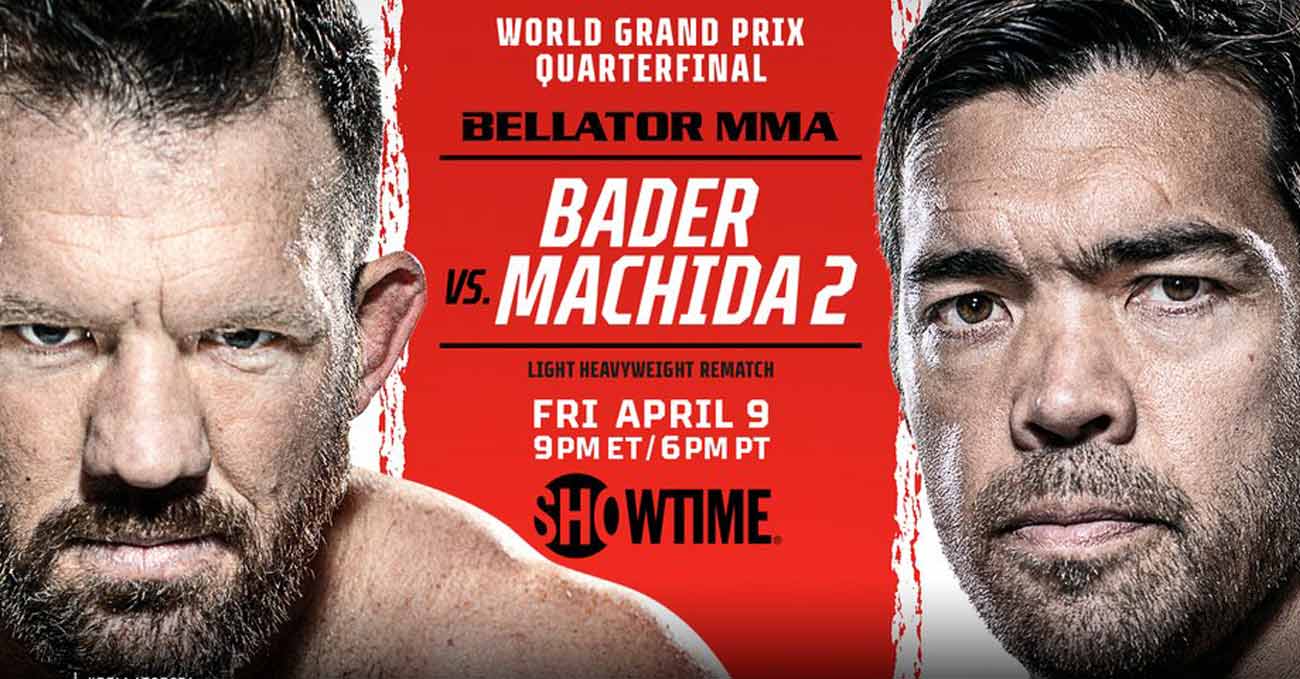 Review by AllTheBestFights.com: 2021-04-09, pretty good mma fight: Ryan Bader vs Lyoto Machida 2 gets three stars.
In their first fight, on August 4, 2012 Machida had defeated Bader via ko (Lyoto Machida vs Ryan Bader I); this second fight, main event of Bellator 256, is the quarter-final of the Bellator light-heavyweight world grand prix tournament. Watch the video and rate this fight!

The current Bellator Hw, former light-Hw champion and Tuf 8 tournament winner Ryan Bader entered this fight with a record of 27-6-0 (56% finishing rate) and he is ranked as the No.10 light heavyweight in the world (currently the #1 in this division is Jan Blachowicz).
In his last three matches he has beat Fedor Emelianenko (Fedor Emelianenko vs Ryan Bader), then he has faced Cheick Kongo but the bout ended in a no-contest (Ryan Bader vs Cheick Kongo) and he has lost to Vadim Nemkov in his last one (Ryan Bader vs Vadim Nemkov).

Selection of the best videos about the fight Ryan Bader vs Lyoto Machida 2. If you have seen the full fight you can rate it at the bottom of this post.