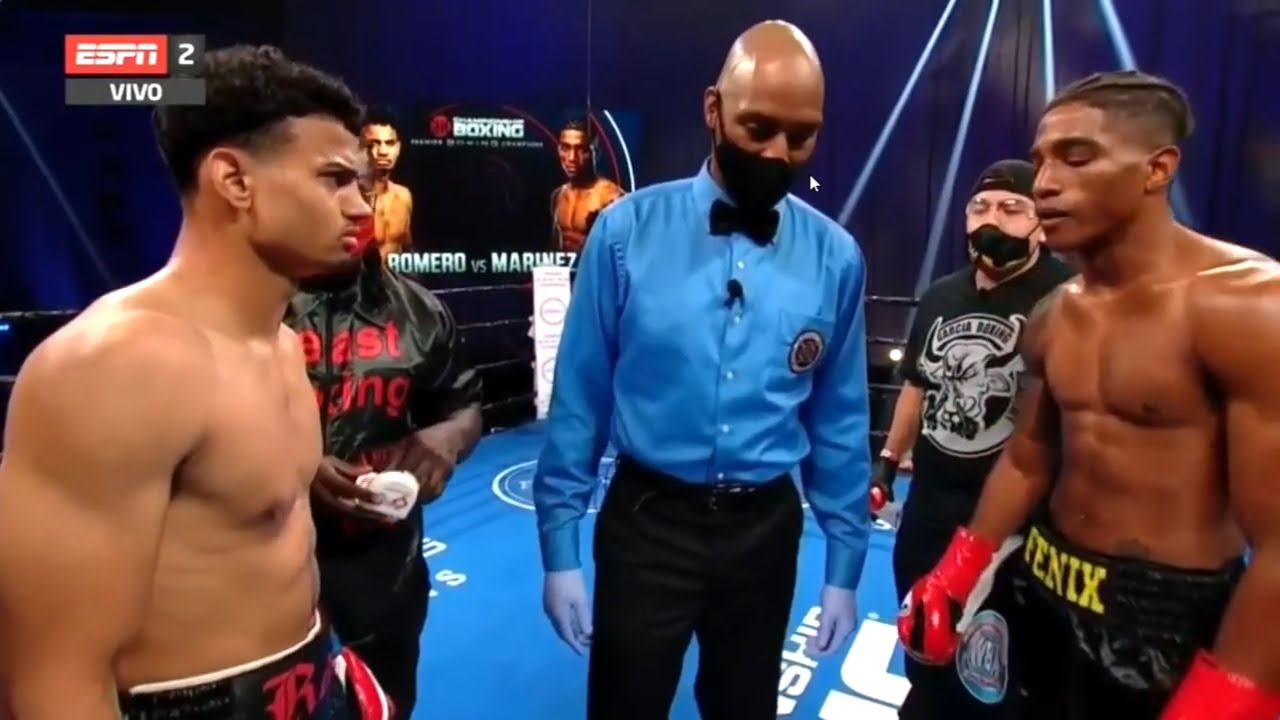 Review by AllTheBestFights.com: 2020-08-15, fight not so exciting between Jackson Marinez and Rolando Romero: it gets two stars.
Both undefeated, the Dominican Jackson Marinez entered this fight with a perfect record of 19-0-0 (7 knockouts) and he is ranked as the No.48 lightweight in the world while his opponent, Rolando Romero, has an official boxing record of 11-0-0 (10 KOs=91%) and he entered as the No.95 in the same weight class. In their last fights Marinez has won over Luis Enrique Romero, Kenin Betancourt and Yardley Armenta Cruz while Romero has beat Andres Figueroa, Juan Carlos Cordones and Arturs Ahmetovs. Romero vs Marinez is valid for the interim WBA lightweight world title; undercard of David Benavidez vs Roamer Alexis Angulo. Watch the video and rate this fight!