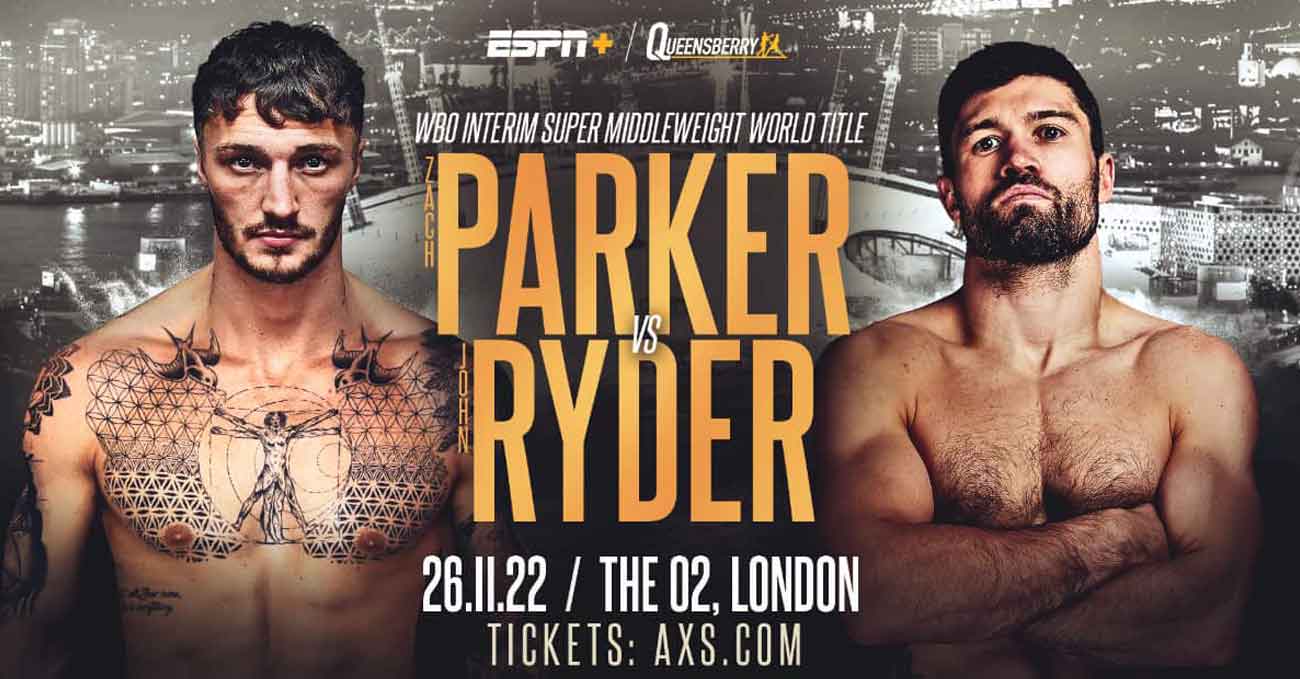 Review by AllTheBestFights.com: 2022-11-26, we hope to see a rematch…the boxing match Zach Parker vs John Ryder gets two stars (take a look at our ranking of the Best Boxing Fights of 2022).
Ryder vs Parker is scheduled to take place Saturday, November 26th, at the O2 Arena in London (United Kingdom), in a 12-round super middleweight (168 lbs, 76.2 kg) bout; it is the main event of the evening and it is valid for the vacant interim WBO World super-middleweight title. Watch the video and rate this fight!

His opponent, the former interim Wba super-Mw champ John Ryder, has an official record of 31-5-0 (17 knockouts) and he entered as the No.2 in the super middleweight division (currently the #1 in this division is Saul ‘Canelo’ Alvarez).
He lost to Callum Smith in 2019 (Callum Smith vs John Ryder) but then he has beat Mike Guy (John Ryder vs Mike Guy), Jozef Jurko and Daniel Jacobs (Daniel Jacobs vs John Ryder).