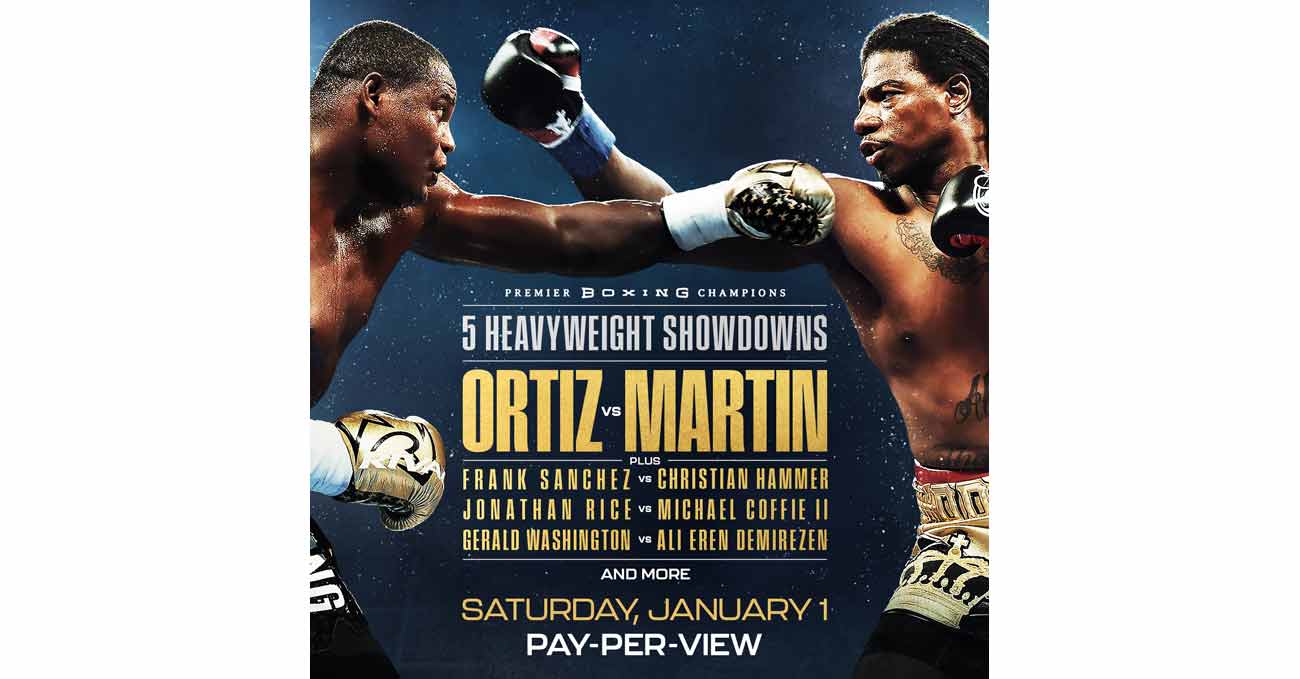 Review by AllTheBestFights.com: 2022-01-01, boring boxing fight: Frank Sanchez vs Christian Hammer gets one star.
Hammer vs Sanchez is on the undercard of Luis Ortiz vs Charles Martin. Watch the video and rate this fight!