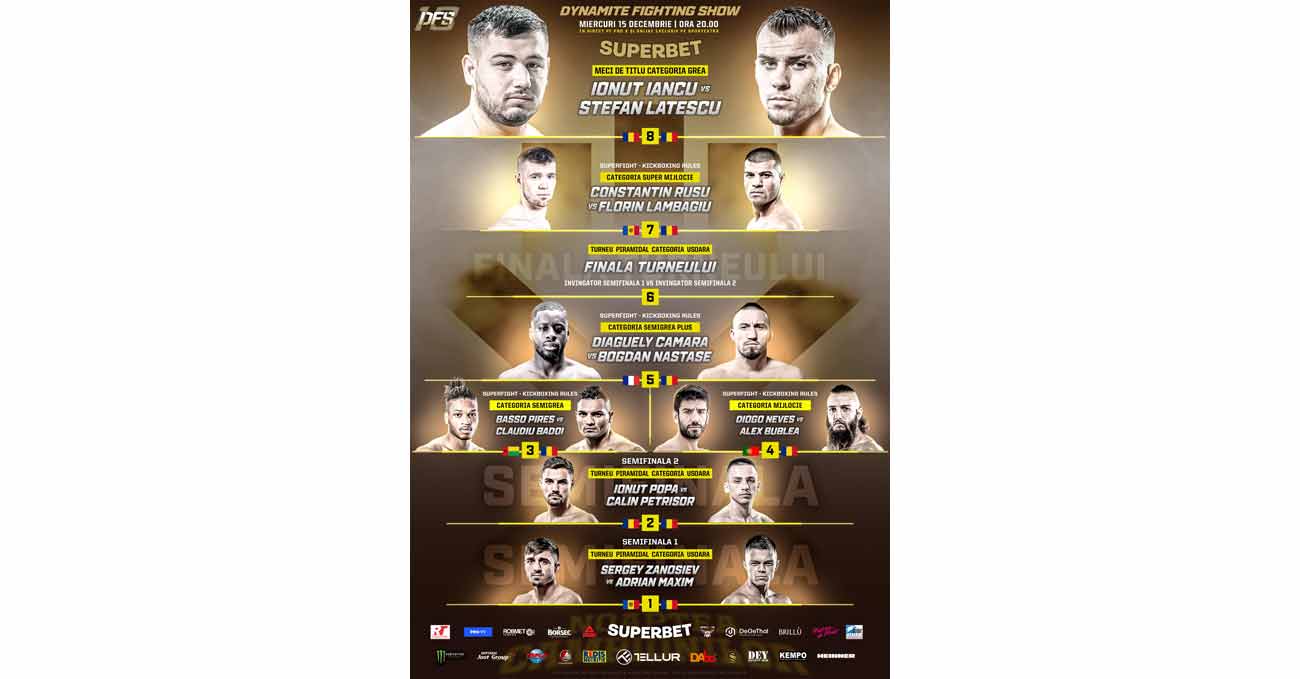 Review by AllTheBestFights.com: 2021-12-15, exciting match thanks to an amazing performance by both fighters: Bogdan Nastase vs Diaguely Camara is our candidate for kickboxing fights of the year 2021 and it gets five stars!
Camara vs Nastase is on the undercard of Ionut Iancu vs Stefan Latescu – DFS 13 (Dynamite Fighting Show 13). Watch the video and rate this fight!

Bogdan Nastase entered this fight with a professional kickboxing record of 27-6-0 (7 knockouts) and in his last three bouts he has won over Eugen Mailat, Thomas Blanck and Stefan Dita.

His opponent, Diaguely Camara, has an official record of 12-3-1 (7 knockouts).