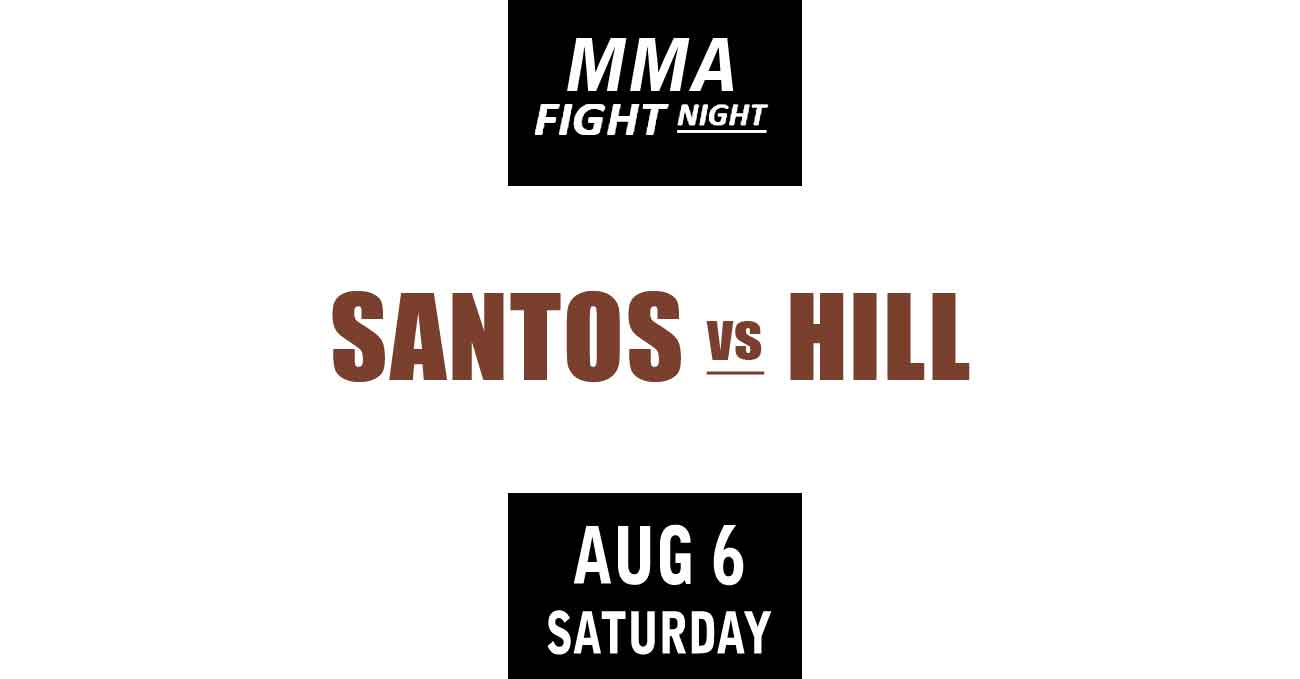 Review by AllTheBestFights.com: 2022-08-06, pretty good mma bout: Thiago Santos vs Jamahal Hill gets three stars (UFC Fight of the Night and UFC Performance of the Night – take a look at our ranking of the Best Mma Fights of 2022).
Hill vs Santos is scheduled to take place Saturday, August 6th, at the UFC Apex in Las Vegas (Nevada, United States), in a 5-round light heavyweight (205 lbs, 93 kg) bout; it is the main event of UFC Vegas 59 (also known as UFC on ESPN 40 or The Ultimate Fighter 30 – TUF 30 Finale). Watch the video and rate this fight!

Before the bout take place, you can watch the official UFC Vegas 59 press conference, the weigh-in and discover how to watch Santos vs Hill on tv, the fight time and the card.