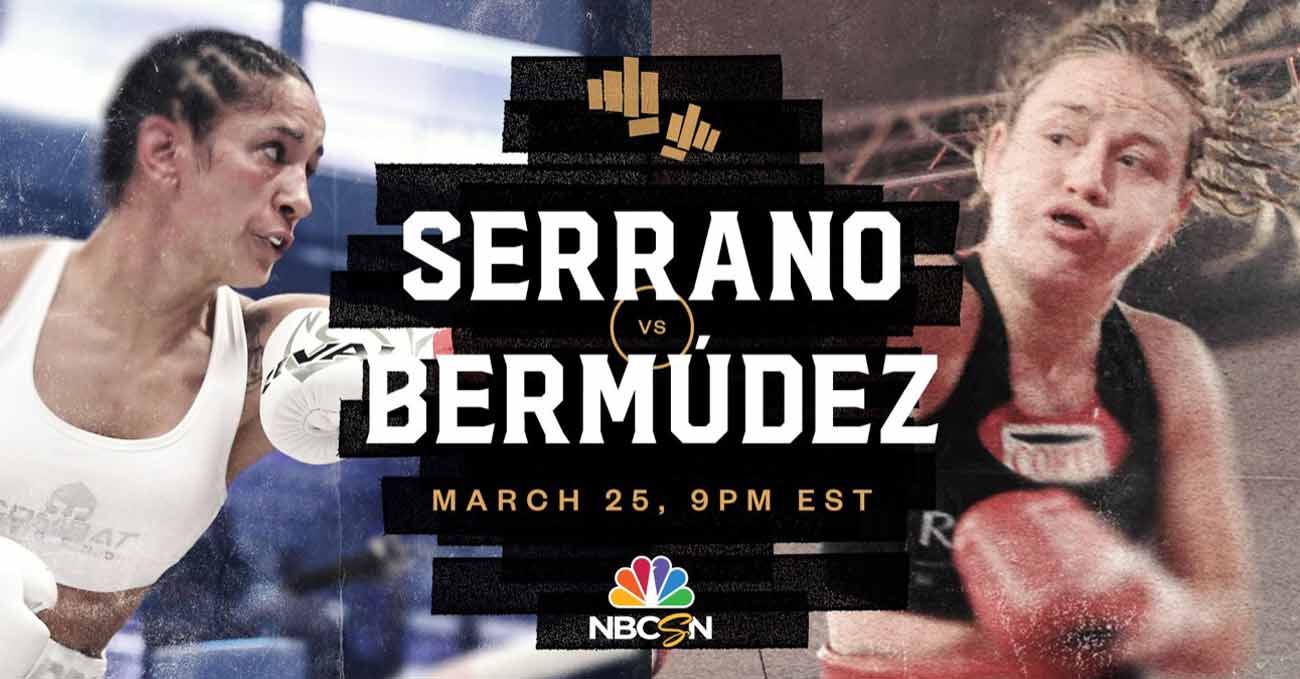 Review by AllTheBestFights.com: 2021-03-25, good performance by both fighters: the boxing fight Amanda Serrano vs Daniela Romina Bermudez gets three stars.
Bermudez vs Serrano is the main event of the evening and it is valid for the WBC, WBO and vacant IBO World Female featherweight titles. Watch the video and rate this fight!

The world champion in seven different weight classes Amanda Serrano entered this fight with a professional boxing record of 39-1-1 (29 knockouts) and she is ranked as the No.1 women’s featherweight in the world.
She suffered her only loss when she faced Frida Wallberg in 2012, since then she has won 25 consecutive bouts defeating Heather Hardy (Heather Hardy vs Amanda Serrano), Simone Aparecida Da Silva and Dahiana Santana.

Her opponent, world champion in three different weight divisions Daniela Romina Bermudez, has an official record of 29-3-3 (10 knockouts) and she entered as the No.1 in the super bantamweight division.
She was defeated by Yesica Yolanda Bopp in 2014, since then she has collected one draw and 13 victories beating Alys Sanchez and Cintia Gisela Castillo in 2020.

Selection of the best videos about the fight Amanda Serrano vs Daniela Romina Bermudez. If you have seen the full fight you can rate it at the bottom of this post.