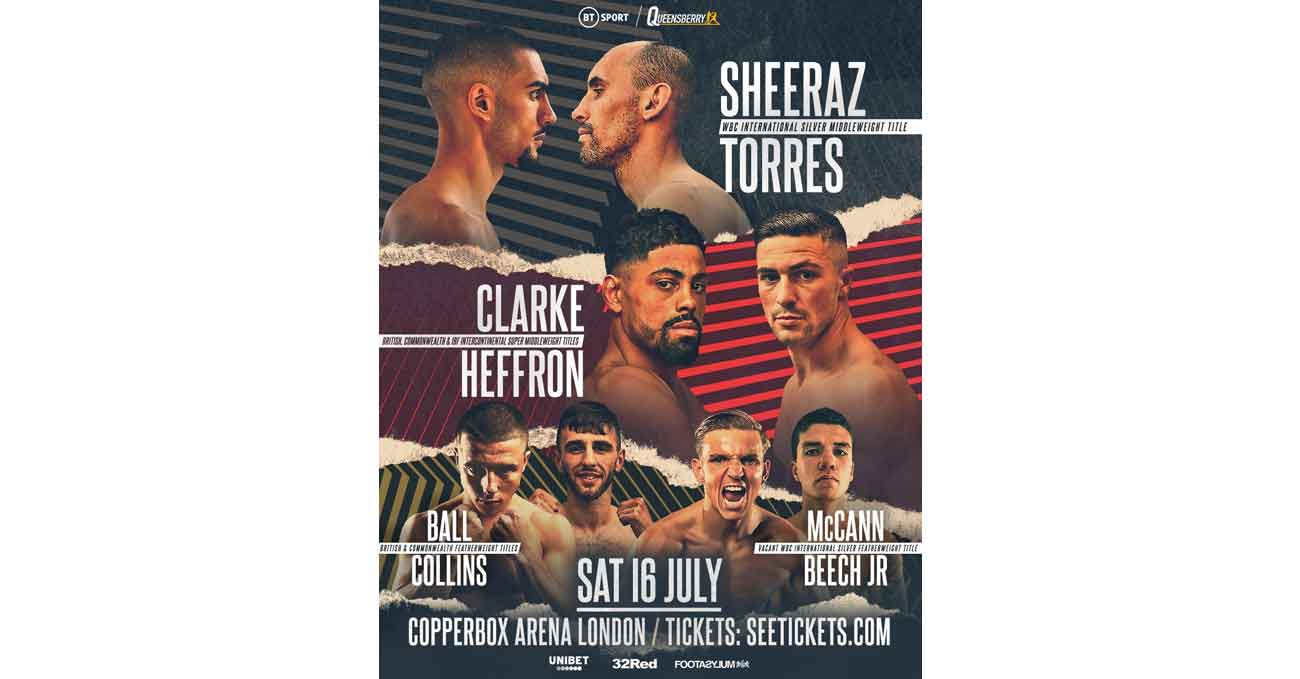 Review by AllTheBestFights.com: 2022-07-16, good boxing match: Hamzah Sheeraz vs Francisco Emanuel Torres gets three stars (take a look at our ranking of the Best Boxing Fights of 2022).
Torres vs Sheeraz is scheduled to take place Saturday, July 16th at the Copper Box Arena in London (United Kingdom), in a 10-round middleweight (160 lbs, 72.6 kg) bout; it is the main event of the evening and it is valid for the vacant WBC Silver middleweight title. Watch the video and rate this fight!

The undefeate Hamzah Sheeraz entered this fight with a perfect boxing record of 15-0-0 (11 knockouts) and he is ranked as the No.46 middleweight in the world.
In his last three bouts he has won over Ezequiel Gurria, Bradley Skeete and Jez Smith.

His opponent, Francisco Emanuel Torres, has an official record of 17-3-1 (5 knockouts) and he entered as the No.25 in the middleweight division.
He lost to Sebastian Horacio Papeschi in 2017, but since then he has collected nine consecutive victories, beating Louis Hernandez and Alexi Rivera in 2021, and one draw, with Jose Benavidez Jr in his last match (Jose Benavidez vs Francisco Torres).