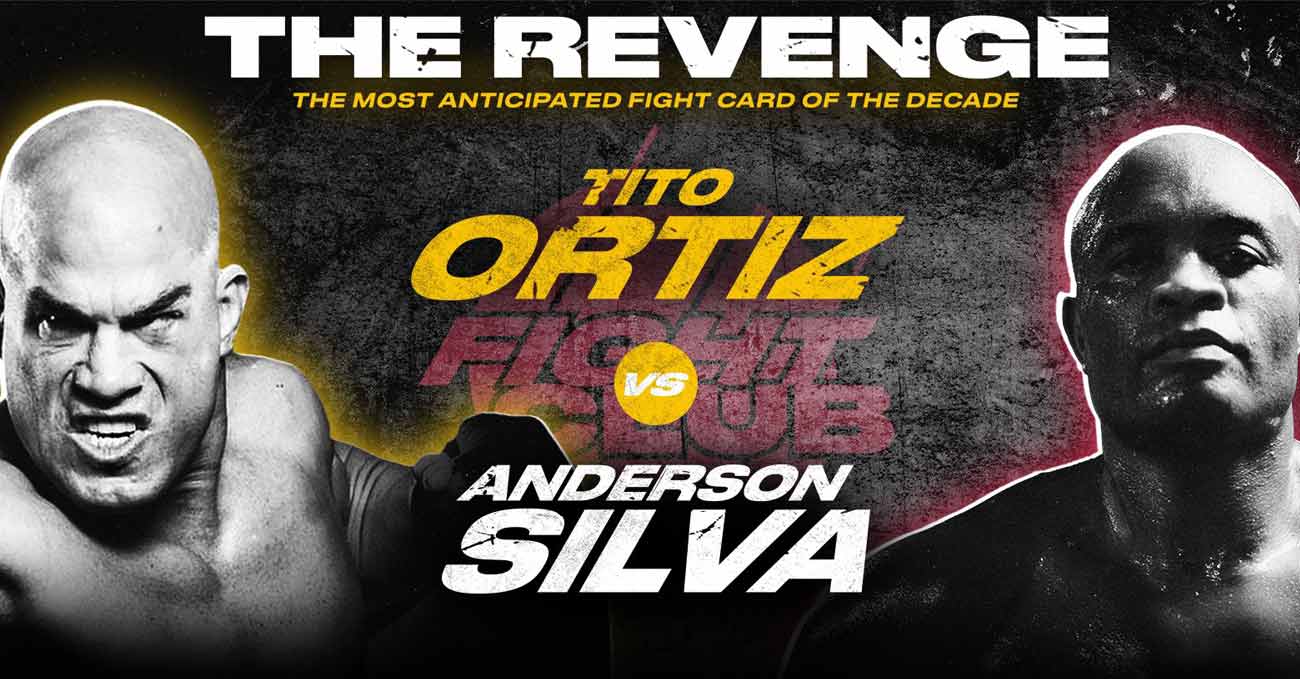 Review by AllTheBestFights.com: 2021-09-11, good exchanges and nice finish: the boxing fight Anderson Silva vs Tito Ortiz gets three stars (take a look at our ranking of the Best Boxing Fights of 2021).
Ortiz vs Silva is on the undercard of Evander Holyfield vs Vitor Belfort. Watch the video and rate this fight!

The 46-year-old (same age of Ortiz) black belt in Bjj, tae-kwon-do and former Ufc Mw champion Anderson Silva entered this fight with a pro boxing record of 2-1-0 (1 knockout) and he is ranked as the No.93 light heavyweight in the world.
In his three professional boxing fight he had lost to Osmar Luiz Teixeira in 1998, he beat Julio Cesar De Jesus in 2005 and he defeated Julio Cesar Chavez Jr in June 2021 (Julio Cesar Chavez Jr vs Anderson Silva).
But ‘The Spider’ Silva is a mixed martial arts legend with a pro mma record of 34-11-0 (76% finishing rate) and he entered as the No.45 in the mma middleweight division. The last time he won a fight was against Derek Brunson in 2017 (Anderson Silva vs Derek Brunson), since then he has lost three matches, against Israel Adesanya (Israel Adesanya vs Anderson Silva), Jared Cannonier (Anderson Silva vs Jared Cannonier) and Uriah Hall (Uriah Hall vs Anderson Silva).
Among the best fights of Silva we suggest these two: