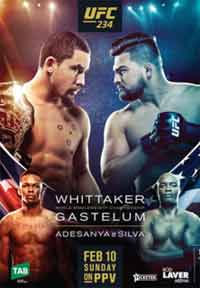 Review by AllTheBestFights.com: 2019-02-10, good exchanges between Rani Yahya and Ricky Simon: it gets three stars.

The black belt in Bjj and former ADCC submission wrestling world champion Rani Yahya entered this fight with a professional record of 26-9-0 (77% submission victory rate – he has never won via ko/tko) and he is ranked as the No.17 bantamweight in the world. He was defeated by Joe Soto in 2017 but then he has beat Henry Briones, Russell Doane and Luke Sanders.
His opponent, Ricky Simon, has a mma record of 14-1-0 (50% finishing rate) and he entered as the No.24 in the same weight class. He suffered his only loss when he faced Anderson dos Santos in 2016, since then he has won seven consecutive fights defeating Vinicius Zani, Merab Dvalishvili and Montel Jackson in 2018. Yahya vs Simon is on the undercard of Israel Adesanya vs Anderson Silva (on the original fight card the main event was Robert Whittaker vs Kelvin Gastelum but the Australian pulled out of the event a few hours prior due to an abdominal hernia) – UFC 234. Watch the video and rate this fight!