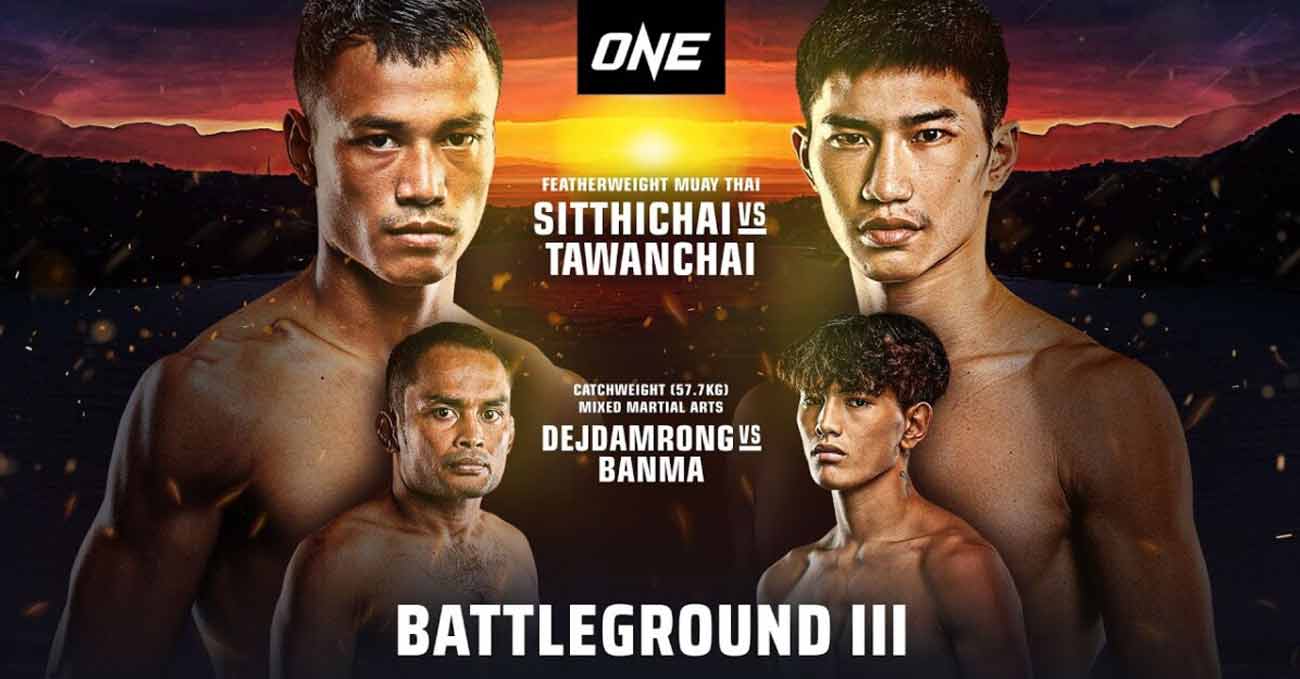 Review by AllTheBestFights.com: 2021-08-27, disappointing mauy thai fight: Sitthichai Sitsongpeenong vs Tawanchai PK Saenchaimuaythaigym gets two stars (take a look at our ranking of the Best Kickboxing Fights of 2021).
Tawanchai vs Sitthichai is the main event of ONE Championship Battleground 3. Watch the video and rate this fight!

His opponent, the 2018 Lumpinee Stadium fighter of the year Tawanchai PK Saenchaimuaythaigym, has an official record of 125-30-2 and he entered as the No.5 in the super welterweight division.
He was defeated by Jia Aoqi last year but then he has won over Nuenglanlek Jitmuangnon, Sangmanee Sor Tienpo and Sean Clancy.