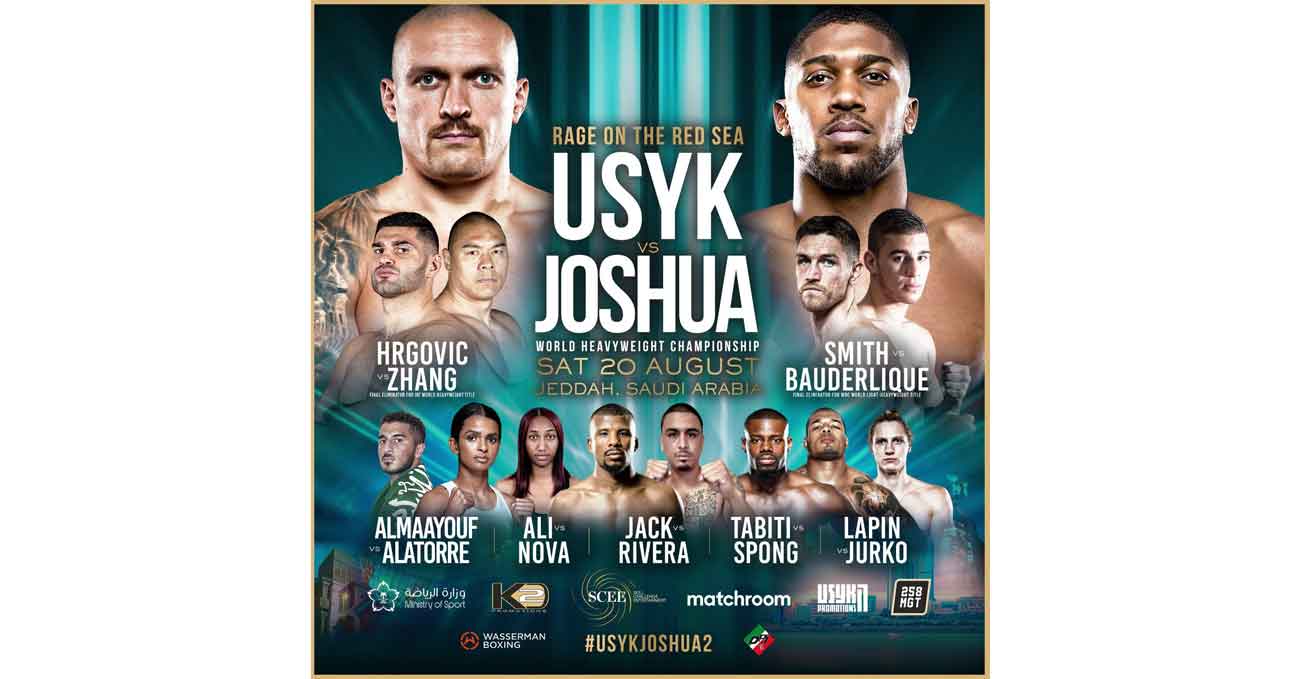 Review by AllTheBestFights.com: 2022-08-20, tough exchanges and good finish: the boxing match Callum Smith vs Mathieu Bauderlique gets three stars (take a look at our ranking of the Best Boxing Fights of 2022).
Bauderlique vs Smith is scheduled to take place Saturday, August 20th, at the Jeddah Superdome in Jeddah (Saudi Arabia), in a 12-round light heavyweight (175 lbs, 79.4 kg) bout; undercard of Oleksandr Usyk vs Anthony Joshua 2. Watch the video and rate this fight!

The former Wba, Wbc Diamond champ and winner of the World Boxing Super Series super-Mw tournament Callum Smith entered this fight with a boxing record of 28-1-0 (20 knockouts) and he is ranked as the No.4 light heavyweight in the world (currently the #1 in this division is Dmitry Bivol).
In his last three bouts he has beat John Ryder (Callum Smith vs John Ryder) and Gilbert Castillo Rivera (Callum Smith vs Gilbert Castillo Rivera), but between these two fights he suffered his only loss, against Saul Canelo Alvarez (Saul Canelo Alvarez vs Callum Smith).

His opponent, the former Olympian Mathieu Bauderlique, has an official record of 21-1-0 (12 knockouts) and he entered as the No.11 in the light heavyweight division.
He suffered his only defeat when he faced Dragan Lepei in 2017, but since then he has won nine consecutive matches beating Deibis Berrocal and Igor Mikhalkin in his last two.