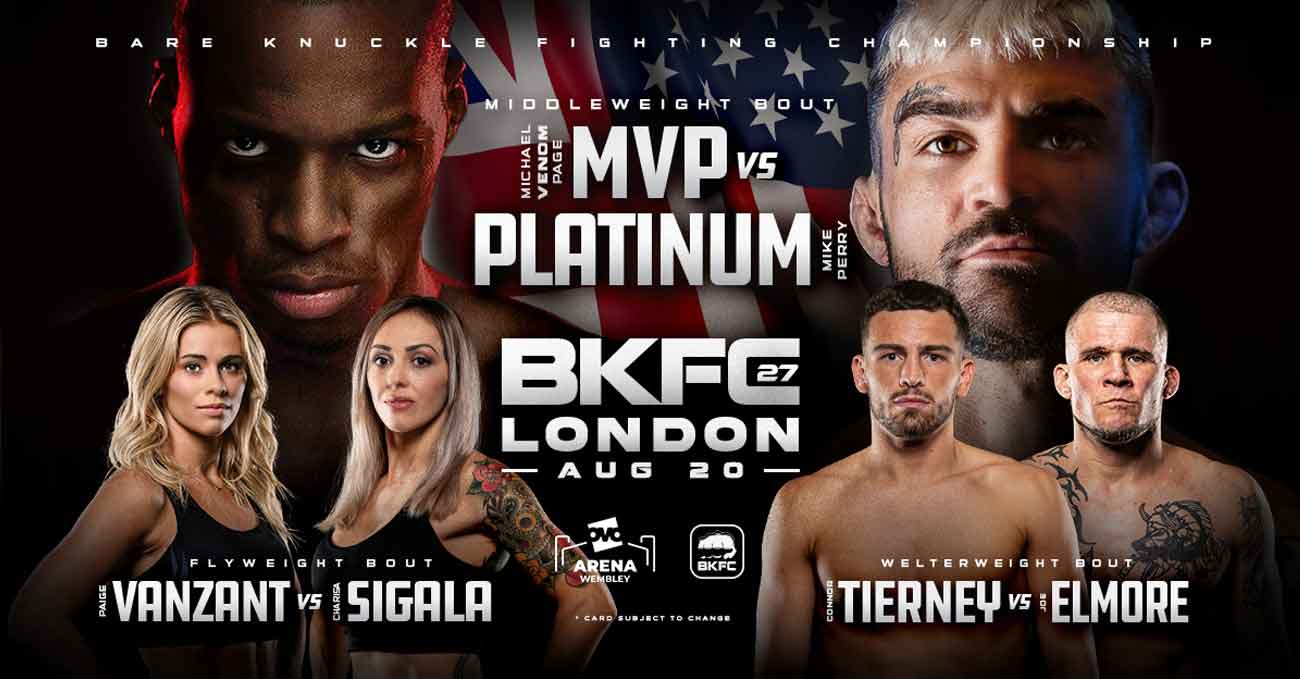 Review by AllTheBestFights.com: 2022-08-20, disappointing bare knuckle match: Michael Page vs Mike Perry gets two stars (take a look at our ranking of the Best Boxing Fights of 2022).
Perry Platinum vs MVP is scheduled to take place Saturday, August 20th, at the Wembley Arena in London (England – UK), in a 5-round light heavyweight (175 lbs, 79.4 kg) bout; it is the main event of BKFC 27 (Bare Knuckle Fighting Championship). Watch the video and rate this fight!

Before the bout take place, you can watch the official preview video ‘The Road to BKFC 27’, the press conference, weigh-in (on Friday) or discover how to watch MVP vs Perry on tv, the fight time and the card.

The freestyle kickboxer and Bellator mma fighter Michael ‘Venom’ Page entered this fight with a pro boxing record of 2-0-0 (2 KOs=100%) but he has a mma record of 20-2-0 (75% finishing rate); he is ranked as the No.22 in the mma welterweight division.
In his last three mixed martial arts bouts he has beat Derek Anderson (Michael Page vs Derek Anderson) and Douglas Lima (Douglas Lima vs Michael Page II) but then he has lost to Logan Storley (Michael Page vs Logan Storley).
Among the best fights of MVP we suggest also the 4-stars match of 2016 Michael Page vs Evangelista Cyborg Santos.