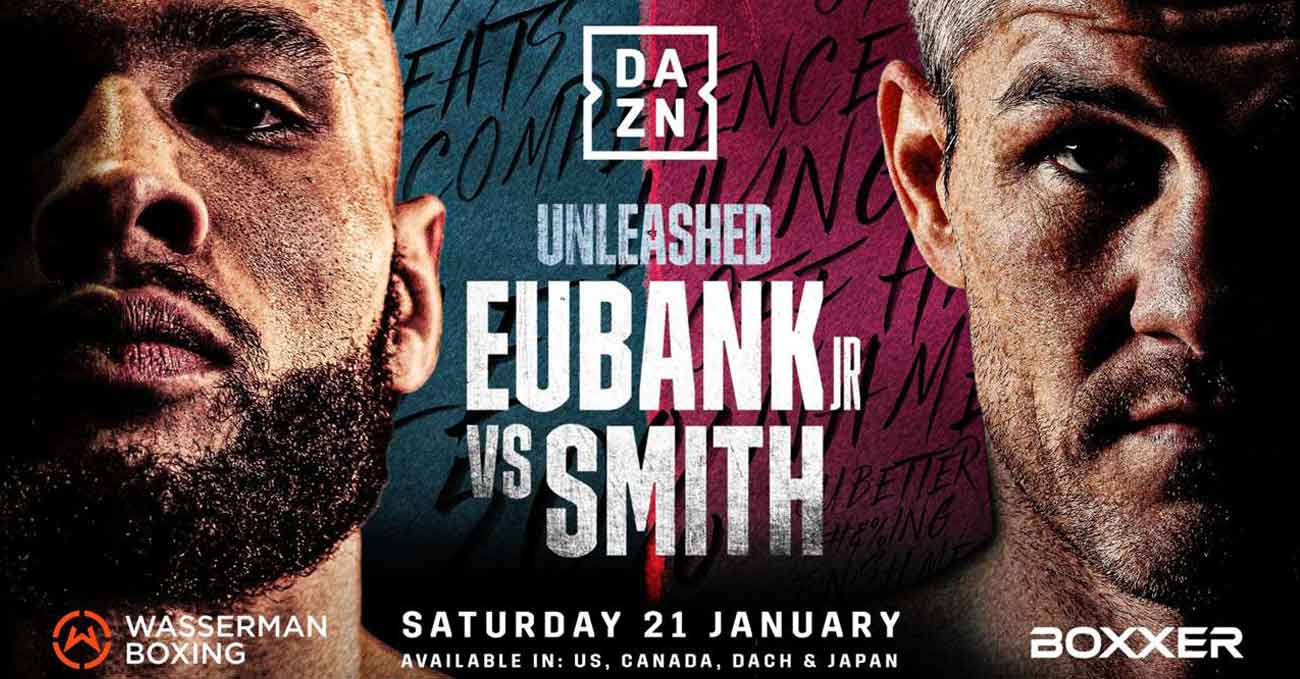 Review by AllTheBestFights.com: 2023-01-21, good boxing match: Chris Eubank Jr vs Liam Smith gets three stars.
Smith vs Eubank is scheduled to take place Saturday, January 21th, at the Manchester Arena in Manchester (United Kingdom), in a 12-round middleweight bout; it is the main event of the evening. Watch the video and rate this fight!