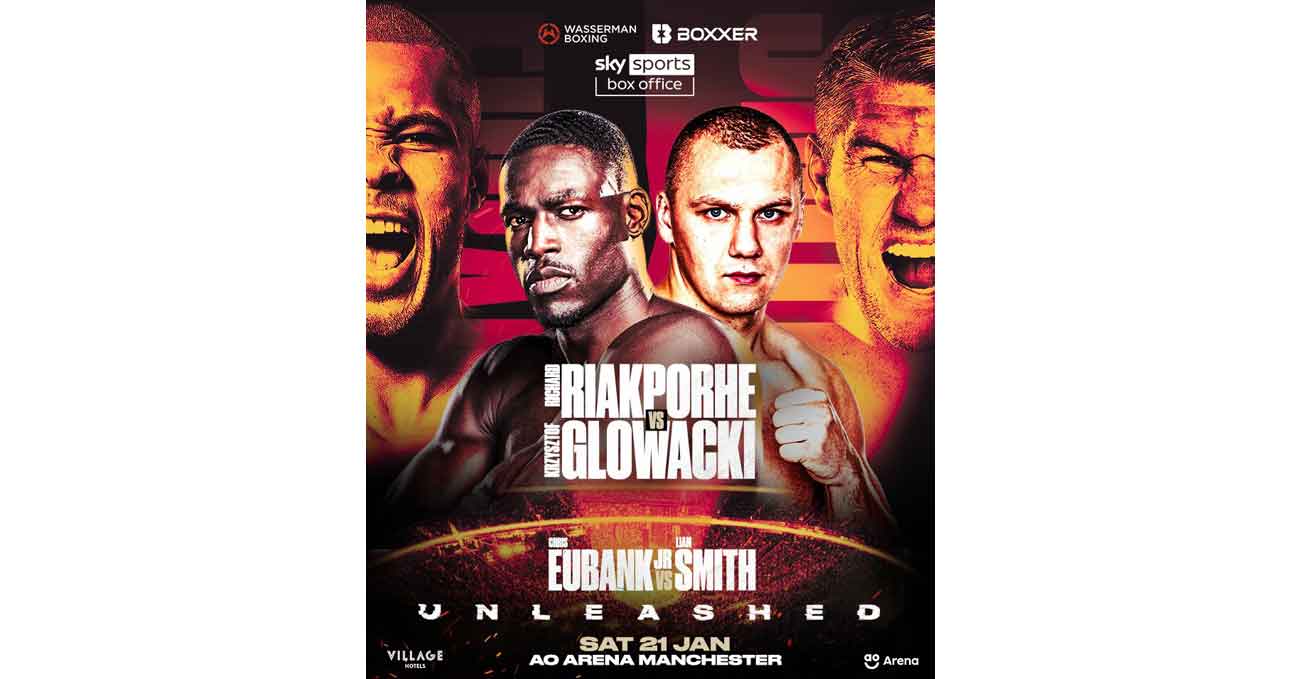 Review by AllTheBestFights.com: 2023-01-21, some good exchanges but it is not enough to get three stars: the boxing match Richard Riakporhe vs Krzysztof Glowacki gets two.
Glowacki vs Riakporhe is scheduled to take place Saturday, January 21th, at the Manchester Arena in Manchester (United Kingdom), in a 12-round cruiserweight (200 lbs, 90.7 kg) bout; it is on the undercard of Chris Eubank Jr vs Liam Smith. Watch the video and rate this fight!