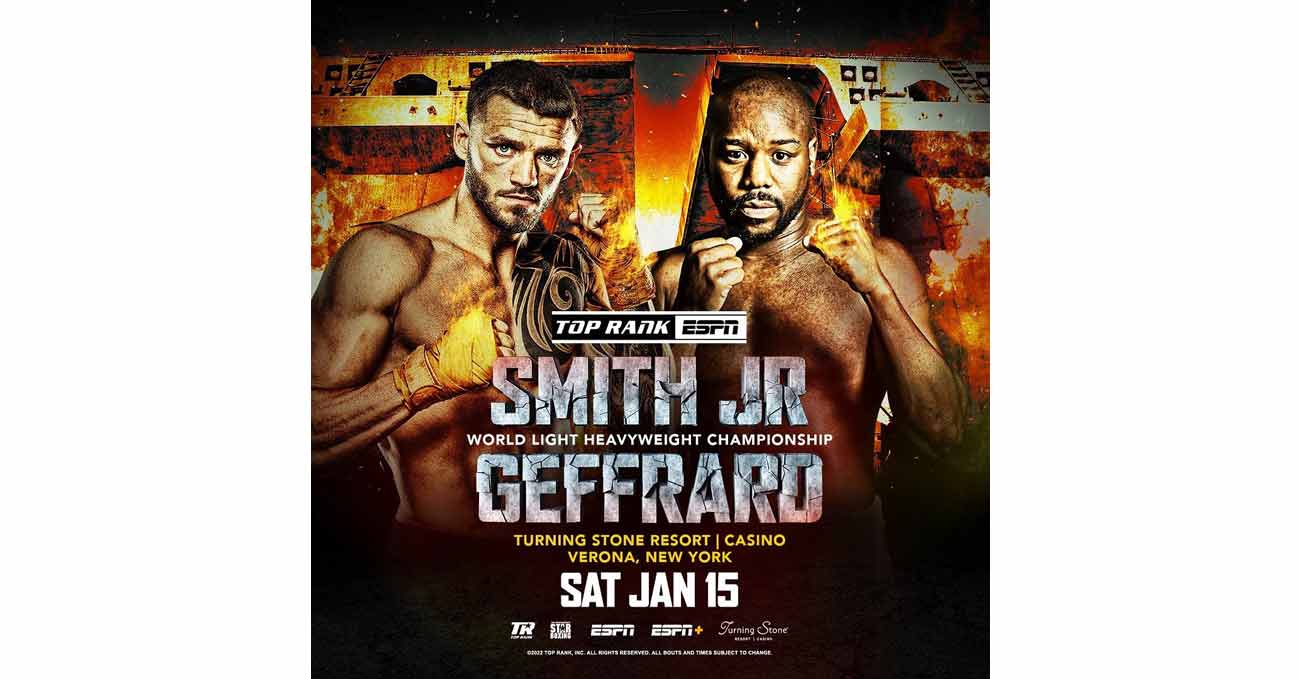 Review by AllTheBestFights.com: 2022-01-15, pretty good boxing fight: Joe Smith Jr vs Steve Geffrard gets three stars.
Geffrard vs Smith is the main event of the evening and it is valid for the WBO World light-heavyweight title (Smith’s first defense). Watch the video and rate this fight!

His opponent, Steve Geffrard (who replaces Callum Johnson), has an official record of 18-2-0 (12 knockouts) and he entered as the No.107 in the light heavyweight division.
He lost his first two pro boxing fight in 2013, against Kentrell Claiborne and Travis Reeves, but since then he has collected 18 consecutive victories beating Dmitry Sukhotskiy, Zoltan Sera and Denis Grachev in his last three.