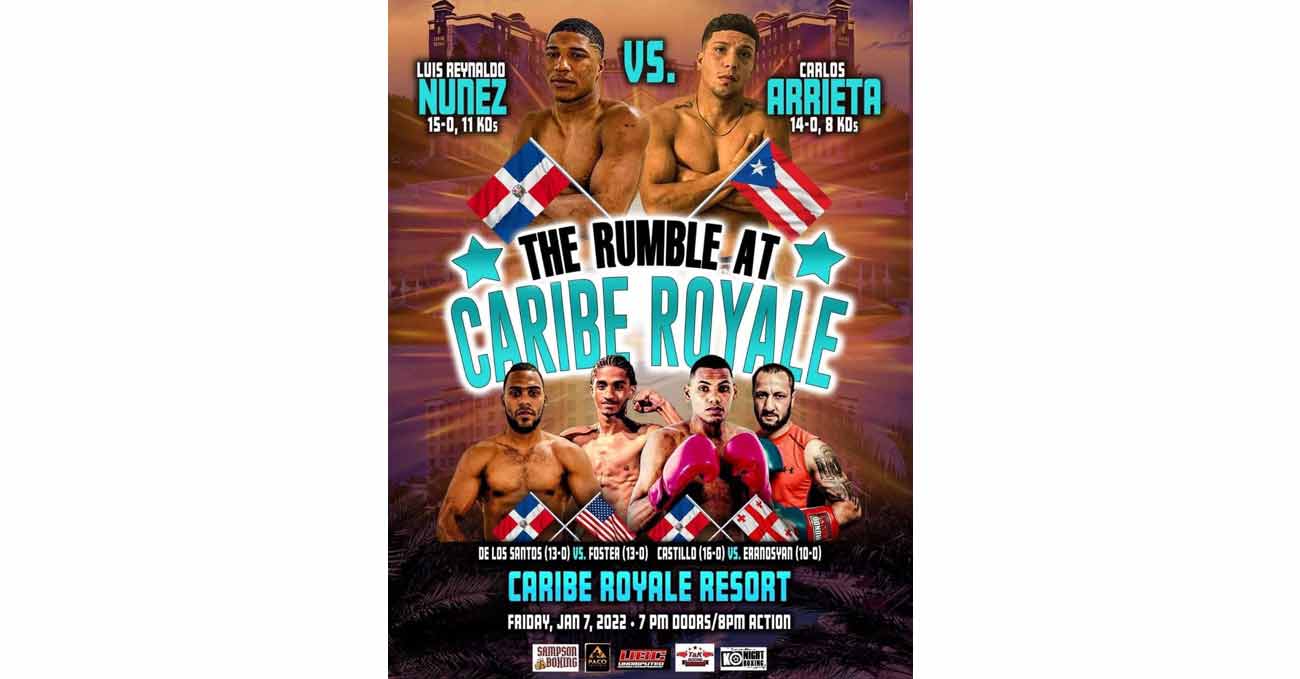 Review by AllTheBestFights.com: 2022-01-07, pretty good boxing fight: Luis Reynaldo Nunez vs Carlos Arrieta gets three stars.
Arrieta vs Nunez is the main event of the evening. Watch the video and rate this fight!

The undefeated Luis Reynaldo Nunez entered this fight with a perfect boxing record of 15-0-0 (11 knockouts) and he is ranked as the No.61 super bantamweight in the world.
In his last three matches he has won over Giovanni Gutierrez, Florentino Perez Hernandez and Jayvon Garnett.

His opponent, the undefeated Carlos Arrieta, has an official record of 14-0-0 (8 knockouts) but he is not ranked as he hasn’t fought since November 2020.
In his previous three bouts he has beat Joshua Boudreaux, Manuel Lara and Julio Buitrago.