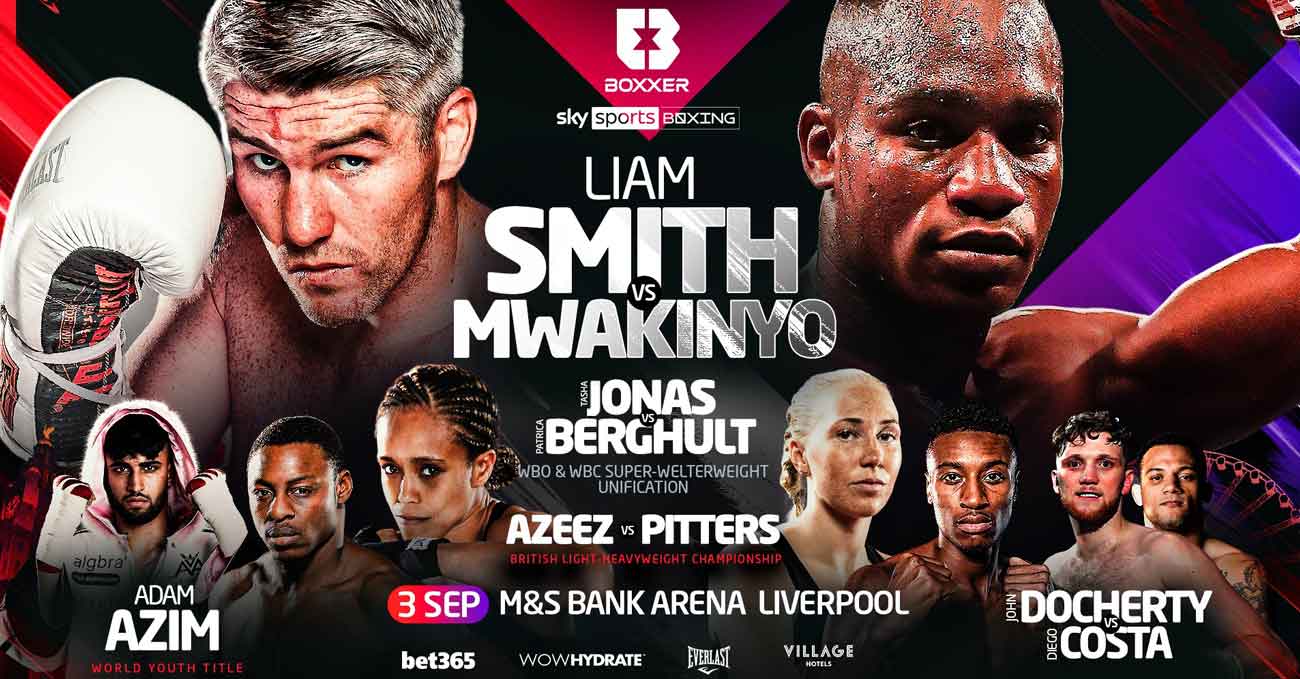 Review by AllTheBestFights.com: 2022-09-03, boxing match not so exciting: Liam Smith vs Hassan Mwakinyo gets two stars (take a look at our ranking of the Best Boxing Fights of 2022).
Mwakinyo vs Smith is scheduled to take place Saturday, September 3rd, at the Echo Arena in Liverpool (United Kingdom), in a 12-round light middleweight (154 lbs, 69.9 kg) bout; it is the main event of the evening. Watch the video and rate this fight!

His opponent, Hassan Mwakinyo, has a boxing record of 20-2-0 (14 knockouts) and he entered as the No.40 in the light middleweight division.
He was defeated by Lendrush Akopian in 2017 but since then he has won ten consecutive bouts beating Maiala Antonio and Julius Indongo in his last two.