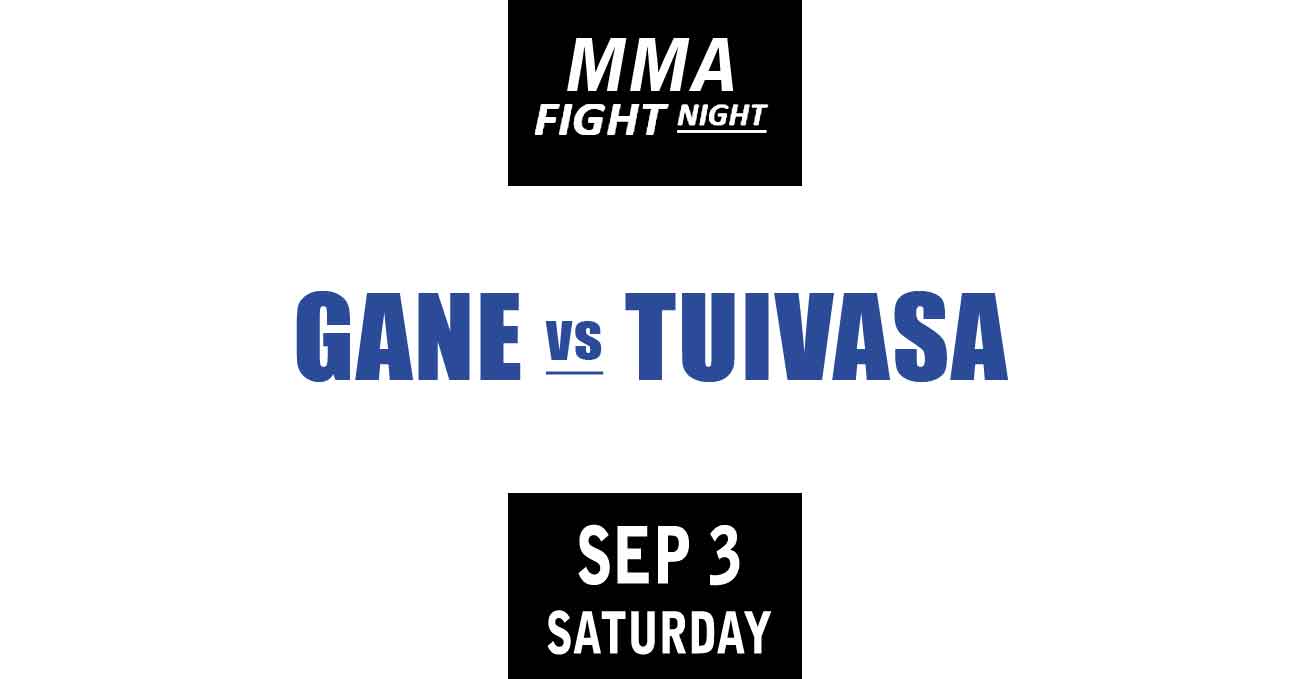 Review by AllTheBestFights.com: 2022-09-03, good mma bout: Ciryl Gane vs Tai Tuivasa gets three stars (UFC Fight of the Night – take a look at our ranking of the Best Mma Fights of 2022).
Tuivasa vs Gane is scheduled to take place Saturday, September 3rd, at the Accor Arena in Paris (France), in a 5-round heavyweight (265 lbs, 120 kg) bout; it is the main event of UFC Fight Night 209 (also known as UFC on ESPN+ 67 or UFC Paris). Watch the video and rate this fight!

Before the bout take place, you can watch the official UFC Paris press conference, the weigh-in (on Friday) and discover how to watch Gane vs Tuivasa on tv, the fight time and the card.

His opponent, Tai Tuivasa, has an official record of 14-3-0 (93% ko/tko victory rate – he has never won via submission) and he entered as the No.4 in the heavyweight division.
He lost three consecutive fights between 2018 and 2019, the last one with Sergey Spivak (Tai Tuivasa vs Sergey Spivak), but then he has won five matches beating Greg Hardy (Tai Tuivasa vs Greg Hardy), Augusto Sakai and Derrick Lewis in his last three (Derrick Lewis vs Tai Tuivasa).