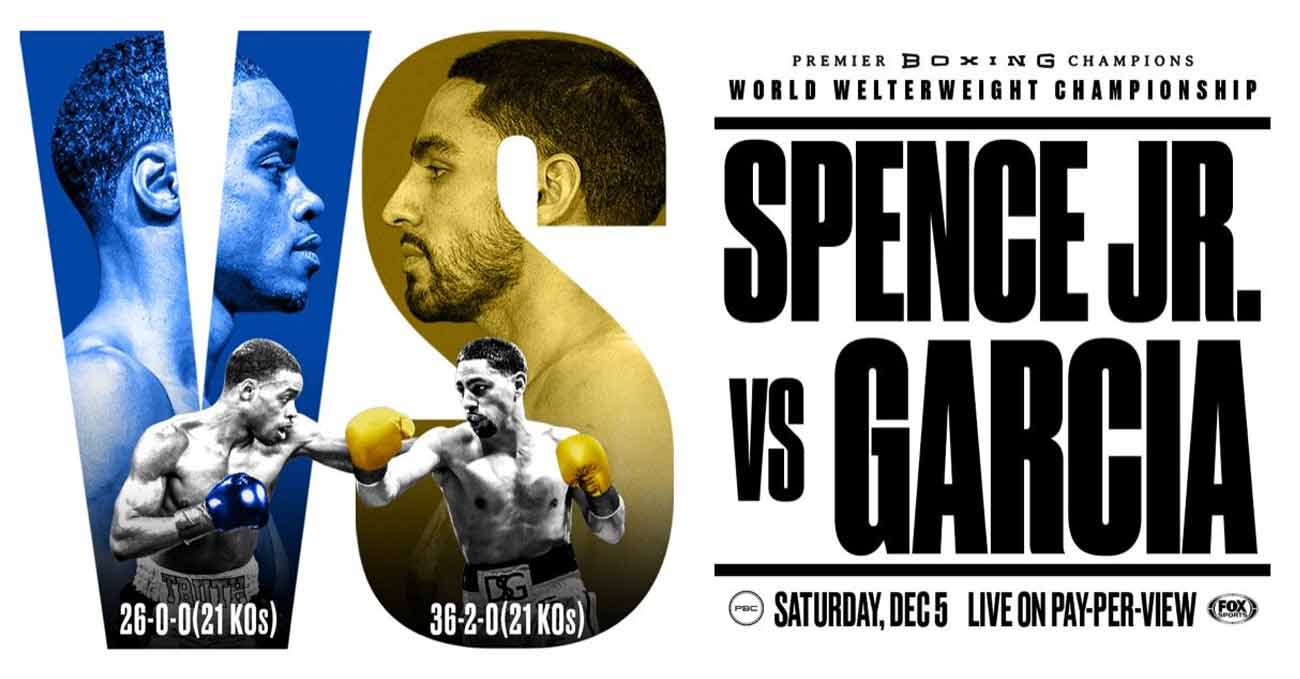 Review by AllTheBestFights.com: 2020-12-05, good fight between Errol Spence Jr and Danny Garcia: it gets three stars (take a look at our ranking of the best boxing fights of 2020).
The undefeated former Olympian, current Wbc and Ibf Ww champion Errol Spence Jr entered this fight with a perfect boxing record of 26-0-0 (21 KOs=81%) and he is ranked as the No.1 welterweight in the world. In his last three fights he has won over Carlos Ocampo (Errol Spence Jr vs Carlos Ocampo), Mikey Garcia (Errol Spence Jr vs Mikey Garcia) and Shawn Porter (4-stars fight, Errol Spence Jr vs Shawn Porter).
His opponent, the former world champion in two different weight classes Danny Garcia, has an official record of 36-2-0 (21 knockouts) and he entered as the No.8 in the same weight class. He lost to Shawn Porter in 2018 (Danny Garcia vs Shawn Porter) but then he has beat Adrian Granados in 2019 (Danny Garcia vs Adrian Granados) and Ivan Redkach in 2020 (Danny Garcia vs Ivan Redkach); among Garcia’s best bouts, we suggest a 4-stars fight of 2012, ranked also in the top 10 fights of 2012 in our Users boxing ranking of that year: Danny Garcia vs Amir Khan. Garcia vs Spence is valid for the WBC and IBF World welterweight titles. Watch the video and rate this fight!