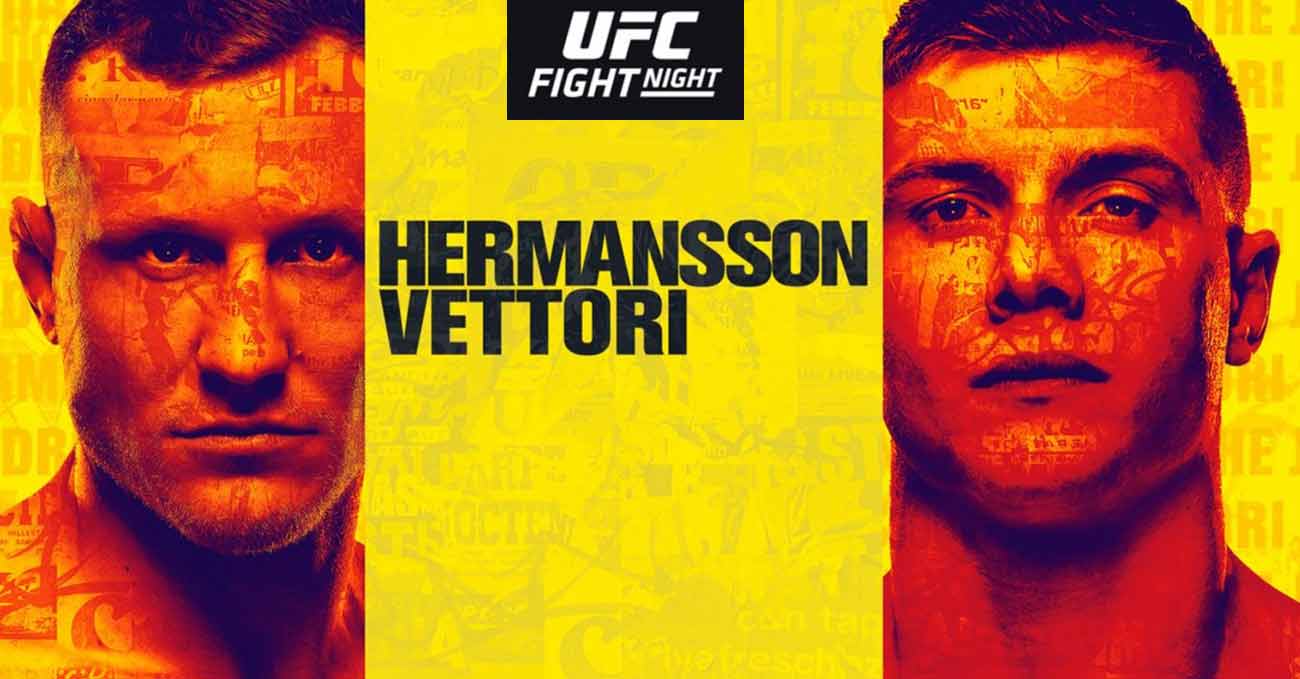 Review by AllTheBestFights.com:2020-12-05, tough fight between Jack Hermansson and Marvin Vettori: it gets three stars – UFC Fight of the Night (take a look at our ranking of the best mma fights of 2020).
Jack Hermansson entered this fight with a professional mma record of 21-5-0 (81% finishing rate) and he is ranked as the No.4 middleweight in the world. He was defeated by Jared Cannonier last year (Jack Hermansson vs Jared Cannonier) but he came back to win against Kelvin Gastelum in July 2020 (Kelvin Gastelum vs Jack Hermansson).
His opponent, Marvin Vettori, has an official record of 15-4-1 (73% finishing rate) and he entered as the No.22 in the same weight class. He lost to current #1 Ufc Mw champion Israel Adesanya in 2018 (controversial split decision, Israel Adesanya vs Marvin Vettori) but then he has beat Cezar Ferreira, Andrew Sanchez and Karl Roberson (Marvin Vettori vs Karl Roberson). Vettori vs Hermansson is the main event of the UFC on ESPN 19 (also known as UFC Vegas 16). Watch the video and rate this fight!