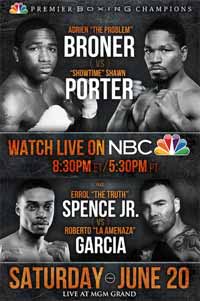 The undefeated Errol Spence Jr entered this fight with a perfect boxing record of 16-0-0 (13 KOs=81%) and he is ranked as the No.34 welterweight in the world while his opponent, Phil Lo Greco, has an official record of 26-1-0 (14 knockouts). Both boxers have already fought once in 2015: Spence beat Samuel Vargas in four rounds while Lo Greco won over Rafael Cobos; before this bout Lo Greco has lost to Shawn Porter (in 2013). Spence vs Lo Greco is on the undercard of Adrien Broner vs Shawn Porter. Watch the video and rate this fight!