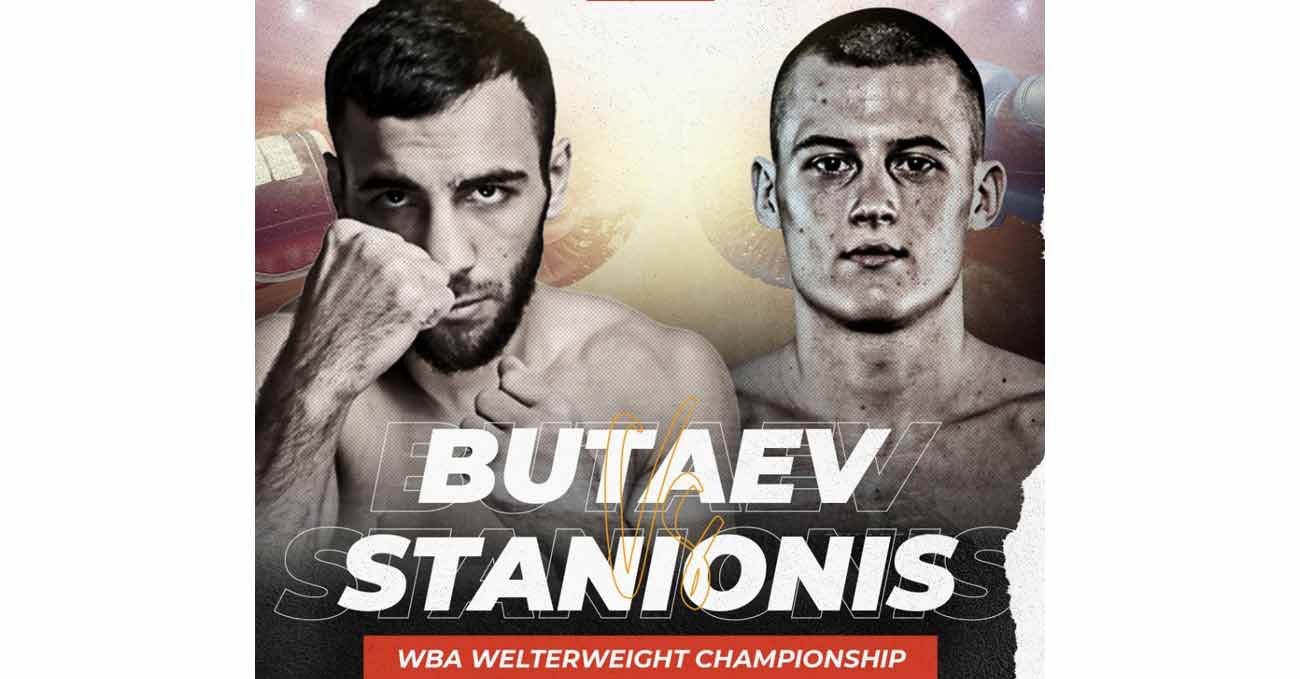 Review by AllTheBestFights.com: 2022-04-16, some good exchanges but it is not enough to get three stars: the boxing fight Radzhab Butaev vs Eimantas Stanionis gets two.
Stanionis vs Butaev is is valid for the WBA World welterweight title (Butaev’s first defense); undercard of Errol Spence Jr vs Yordenis Ugas. Watch the video and rate this fight!

The undefeated Wba Ww champion Radzhab Butaev entered this fight with a perfect record of 14-0-0 (11 knockouts) and he is ranked as the No.9 welterweight in the world (currently the #1 in this division is Terence Crawford).
In his last three fights he faced Alexander Besputin in 2019, losing via unanimous decision (then overturned in a no-contest since Besputin tested positive, Alexander Besputin vs Radzhab Butaev), but then he has beat Terry Chatwood and Jamal James (Jamal James vs Radzhab Butaev).