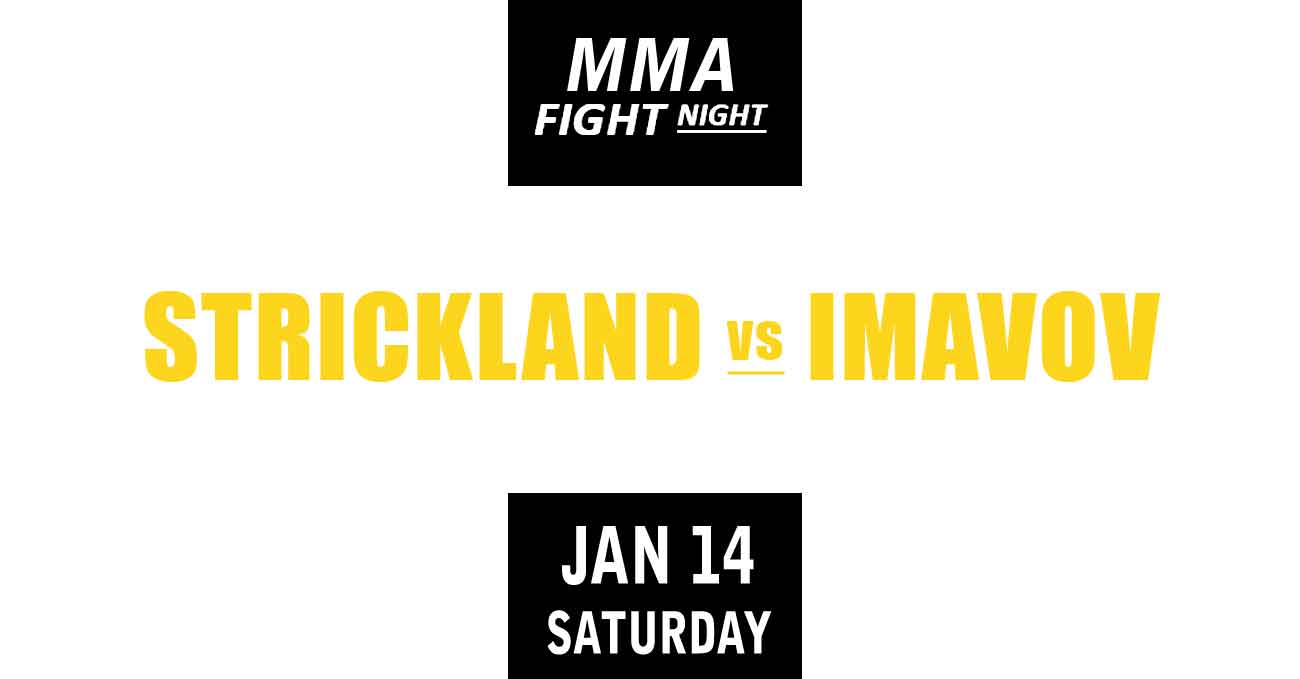 Review by AllTheBestFights.com: 2023-01-14, good pace with some nice exchanges: the mma bout Sean Strickland vs Nassourdine Imavov gets three stars.
Imavov vs Strickland is scheduled to take place Saturday, January 14th, at the UFC Apex in Las Vegas (Nevada, USA), in a 5-round light heavyweight (205 lbs, 93 kg) bout; it is the main event of UFC Vegas 67 (also known as UFC Fight Night 217 or UFC on ESPN+ 75). Watch the video and rate this fight!