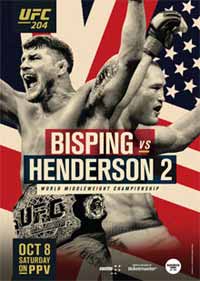 Review by AllTheBestFights.com: 2016-10-08, fight not so exciting between Stefan Struve and Daniel Omielanczuk: it gets two stars.

Stefan Struve entered this fight with a professional mma record of 27-8-0 (89% finishing rate) and he is ranked as the No.18 heavyweight in the world. He lost to Jared Rosholt last year (=Struve vs Rosholt) but he came back to win in 2016 against Antonio ‘Bigfoot’ Silva (=Silva vs Struve).
His opponent, Daniel Omielanczuk, has a record of 19-5-1 (63% finishing rate) and he entered as the No.33 in the same weight class. He suffered two consecutive losses between 2014 and 2015, against Jared Rosholt and Anthony Hamilton but then he has won over Chris de la Rocha, Jarjis Danho and Alexey Oleinik (=Oleinik vs Omielanczuk). Struve vs Omielanczuk is on the undercard of Michael Bisping vs Dan Henderson 2 – UFC 204. Watch the video and rate this fight!