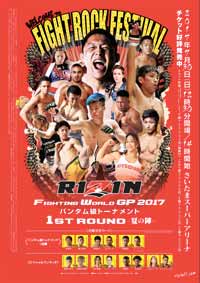 Review by AllTheBestFights.com: 2017-07-30, pretty good finish between Kyoji Horiguchi and Hideo Tokoro but it is not enough to get three stars: it gets two.

The black belt in karate Kyoji Horiguchi entered this fight with a mma record of 19-2-0 (53% finishing rate) and he is ranked as the No.3 flyweight in the world. He suffered his last loss when he faced #1 current Ufc Flw champion Demetrious Johnson (=Johnson vs Horiguchi), since then he has won four bouts beating Yuki Motoya in 2017 (=Horiguchi vs Motoya).
His opponent, Hideo Tokoro, has an official record of 34-29-2 (74% finishing rate) but he lost four out of his last six bouts, the last one with Kron Gracie (=Gracie vs Tokoro); after this fight he has beat Asen Yamamoto. Kyoji Horiguchi vs Hideo Tokoro is the main event of Rizin FF 6. Watch the video and rate this fight! 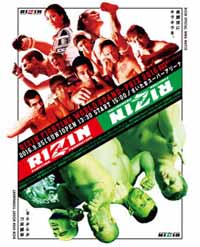 Review by AllTheBestFights.com: 2015-03-27, good performance by both fighters: LC Davis vs Hideo Tokoro gets three stars.

LC Davis entered this fight with a mma record of 22-6-0 (68% finishing rate) and he is ranked as the No.36 bantamweight in the world; he lost to Ryan Roberts in 2013 but then he came back to win beating Tory Bogguess and Zeilton Rodrigues (=Davis vs Rodrigues).
His opponent, Hideo Tokoro, has an official record of 32-27-2 (72% finishing rate) but he comes off two consecutive defeats, against Will Campuzano and Victor Henry. Davis vs Tokoro is on the undercard of Joe Warren vs Marcos Galvao 2 – Bellator 135. Watch the video and rate this fight!

Review: 2011-12-31, aggressive start and amazing KO (1st round), one of the best of the year; the fight between Hideo Tokoro and Yusup Saadulaev is very close to our 4 stars. Hideo Tokoro, ranked as the No.9 bantamweight in the world, entered the fight with a record of 30-24-1 while Yusup Saadulaev had a record of 8-1-1. Tokoro vs Saadulaev is the reserve fight of the Dream Bantamweight Tournament; undercard of Fedor Emelianenko vs Satoshi Ishii. Watch the video!