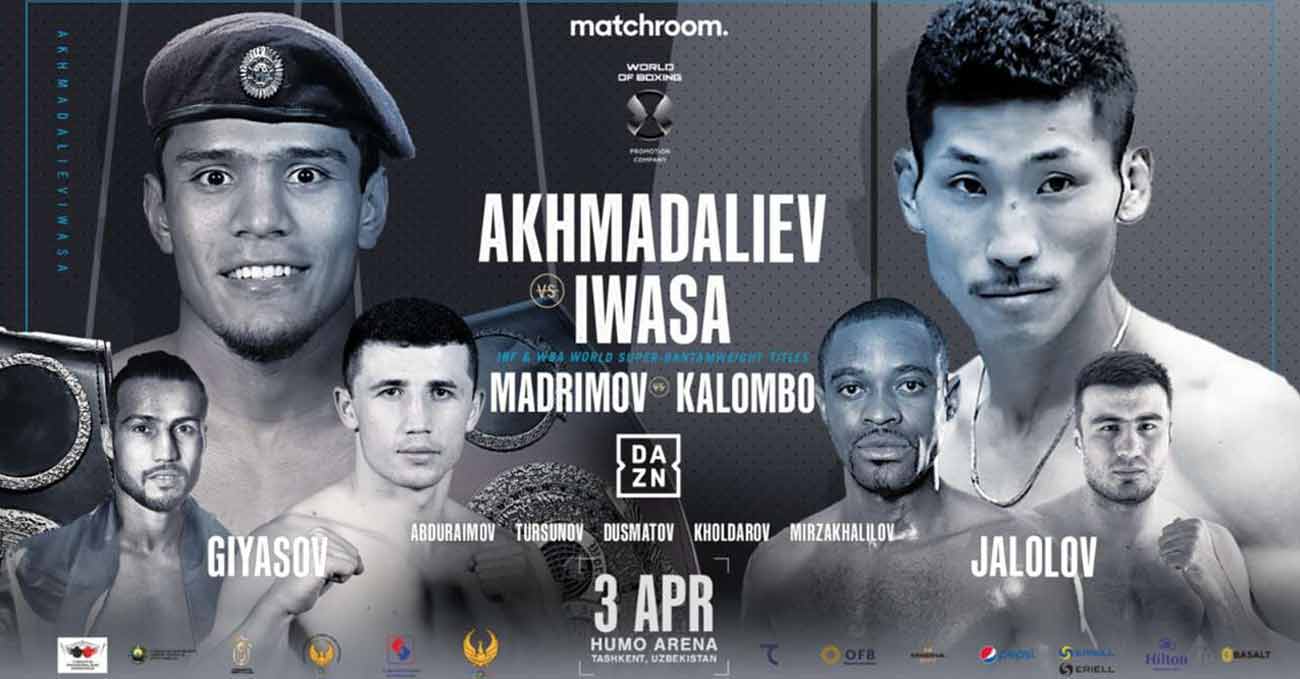 Review by AllTheBestFights.com: 2021-04-03, good pace with some nice exchanges: the boxing fight Murodjon Akhmadaliev vs Ryosuke Iwasa gets three stars.
Iwasa vs Akhmadaliev is the main event of the evening and it is valid for the WBA and IBF World super-bantamweight titles. Watch the video and rate this fight! 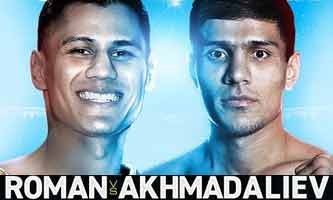 Review by AllTheBestFights.com: 2020-01-30, close fight but not so exciting: Daniel Roman vs Murodjon Akhmadaliev: gets two stars.

The Wba and Ibf super-Bw champion Daniel Roman entered this fight with a boxing record of 27-2-1 (10 knockouts) and he is ranked as the No.3 super bantamweight in the world (currently the #1 in this division is Emanuel Navarrete). He suffered his last loss when he faced Juan Reyes in 2013, since then he has won 19 consecutive fights beating Moises Flores (Daniel Roman vs Moises Flores), Gavin McDonnell (Daniel Roman vs Gavin McDonnell) and TJ Doheny in his last three (Daniel Roman vs TJ Doheny).
His opponent, the undefeated former Olympian Murodjon Akhmadaliev, has a perfect record of 7-0-0 (6 KOs=86%) and he entered as the No.23 in the same weight class. In his last three bouts he has won over Isaac Zarate, Carlos Carlson and Wilner Soto. Roman vs Akhmadaliev is valid for the WBA and IBF World super bantamweight titles; undercard of Demetrius Andrade vs Luke Keeler. Watch the video and rate this fight!