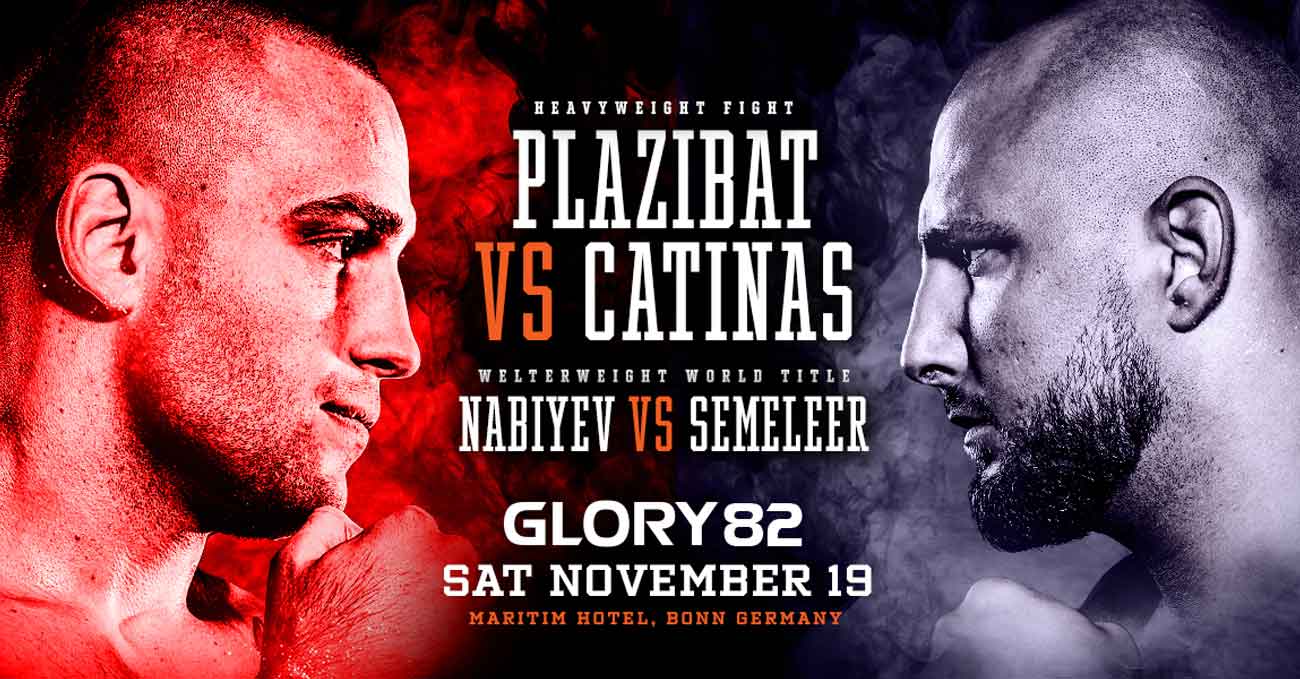 Review by AllTheBestFights.com: 2022-11-19, spectacular bout with some nice and tough exchanges: Antonio Plazibat vs Raul Catinas is one of the best kickboxing fights of 2022 and it gets four stars!
Catinas vs Plazibat is scheduled to take place Saturday, November 19th, at the Maritim Hotel in Bonn (Germany), in a 3-round heavyweight (over 210 lbs, 95.5 kg) bout; it is the main event of Glory 82. Watch the video and rate this fight!

Review: 2014-04-12, entertaining and tough fight between Raul Catinas and Brice Guidon: it gets three stars. Raul Catinas entered this fight with a professional kickboxing record of 20-6-0 (14 knockouts) and he is ranked as the No.12 heavyweight in the world, he fought three times in 2013 losing only his first bout against Igor Jurkovic.
His opponent, Brice Guidon, has an official record of 29-10-0 (14 knockouts), he lost four out of his last five bouts. Catinas vs Guidon is the main event of SuperKombat WGP I 2014. Watch the video and rate this fight!

Review: 2012-12-22, good first round and some nice exchanges between Raul Catinas and Mighty Mo but it is not enough to get three stars. Raul Catinas ranked as the No.15 heavyweight in the world, entered the fight with a record of 17-5-0 while Mighty Mo had a record of 16-18-0. In their first fight Catinas defeated Mighty Mo by unanimous decision (October 2, 2010), this second fight is a heavyweight superfight of SuperKombat WGP 2012 Final. Watch the video!

Review: 2012-10-14, fight not very technical but tough and exciting: Raul Catinas vs Ben Edwards gets three stars. Raul Catinas (17-4-0) entered as the No.16 heavyweight in the world while Ben Edwards (34-8-2) entered as the No.20. Catinas vs Edwards, heavyweight fight of K-1 WGP 2012 Final 16, is on the undercard of Mirko ‘Cro Cop’ Filipovic vs Randy Blake. Watch the video!

Review: 2012-05-12, tough fight with four knockdowns (and one count outside of the ring!): three stars for Raul Catinas vs Daniel Sam (fight ended by unanimous decision). Raul Catinas ranked as the No.14 heavyweight in the world, entered the fight with a record of 15-4-0 while Daniel Sam had a record of 17-4-0. Catinas vs Sam is the final of the SuperKombat World Grand Prix II 2012; in the semifinals Catinas defeated Jairzinho Rozenstruik while Daniel Sam defeated Sam Tevette. Watch the video!