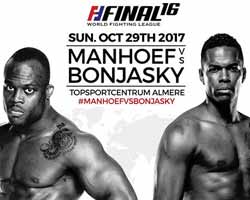 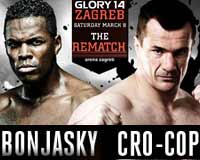 Review: 2013-12-21, nice and close fight between Remy Bonjasky and Anderson ‘Braddock’ Silva: it gets three stars. Remy Bonjasky (77-17-0) entered as the No.13 heavyweight in the world while Anderson ‘Braddock’ Silva (36-10-1) entered as the No.15. In their first fight Bonjasky defeated Silva by majority decision (Octobr 6, 2012); this second fight is on the undercard of Peter Aerts vs Rico Verhoeven – GLORY 13. Watch the video! 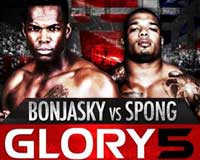 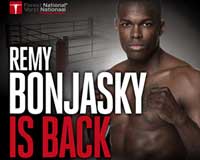 Review: 2012-10-06, nice and tough fight between Remy Bonjasky and Anderson ‘Braddock’ Silva: it is very close to get four stars. Remy Bonjasky entered the fight with a record of 75-14-4 while Anderson ‘Braddock’ Silva had a record of 32-7-0. Bonjasky vs Anderson Silva is the main event of GLORY 2 Brussels; they also faced each other a second time on December 21, 2012 (=Bonjasky vs Silva 2). Watch the video!